The EST Science Advisory Group (SAG) has been working during the last months on an update of the Science Requirement Document (SRD) prepared in 2011 during the Conceptual Design Study.

The SRD compiles a number of science cases developed by the SAG members, and by the community, related to the different top science goals proposed for EST. Defining critical scientific drivers for technical requirements is one of its main objectives.

The second edition of the EST SRD is available on arXiv and here. 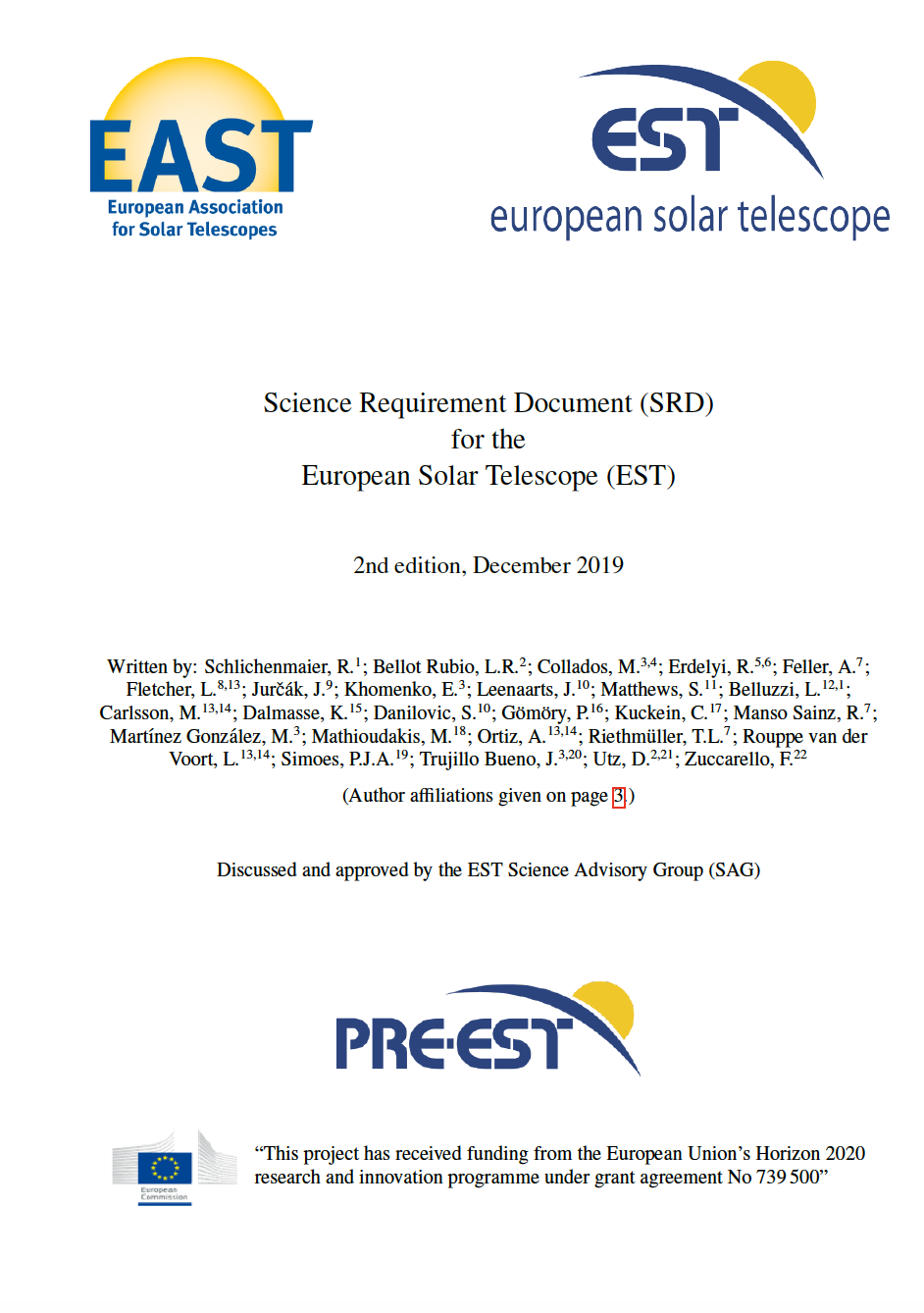 The first update of the original EST SRD was presented to the international community during the "EST Science Meeting" held in Giardini Naxos (Sicily) on June 11-15, 2018. After that, the EST SAG carried out an analysis of the outcome of the fruitful discussions and generated the final second edition of the SRD.