During the study several types of enclosures have been suggested. Two main alternatives have been studied in detail: a ventilated/cooled permanent dome around the telescope and a retractable enclosure. Topics that have been investigated are thermal characteristics, wind load reducement, technical feasibility and costs. The comparison between both alternatives are shown in Table 7.1.Based on the results a trade-off has been made.

It was concluded that both a cooled hemispherical and a retractable enclosure based on membrane technology are technically realistic concepts. The retractable enclosure was chosen as the baseline concept, because its has better seeing properties (no dome seeing, no shell seeing, only floor seeing instead, easier to keep within seeing requirements) and its major drawback, the windshake on the telescope, seemed to be under control based on first results based on calculations of the telescope pointing performance, with an optional wind shield as a backup plan. 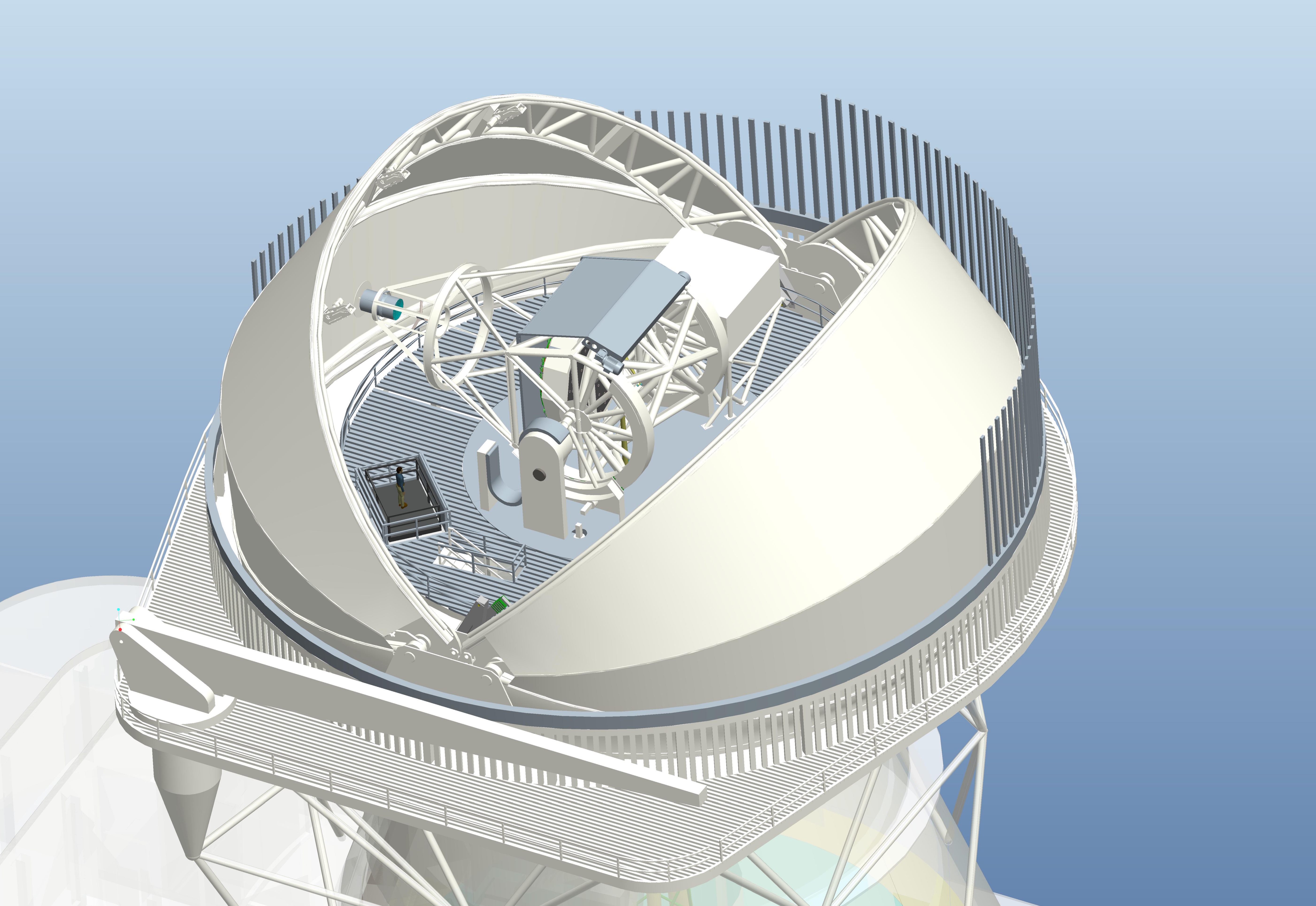 The proposed design is based on a Ø28 m retractable enclosure, which allows full telescope movement in azimuth and an elevation movement up to 15º.

The retractable enclosure concept has been developed based on the 7 m and 9 m retractable enclosures for the DOT and GREGOR solar telescopes. Although novel in their construction, both enclosures have been in operation for up to 15 years, with broad experience available. Calculations show that, until ~30 m diameter, no principal changes in the design are necessary. Larger sizes also seem within reach based on light-weight civil building technology, but need more motorized bows.

The EST enclosure has been designed to withstand hurricanes (70 m/s) to be opened and closed with wind speeds up to 30 m/s. The enclosure consists of rotatable bows, which are encapsulated in a spanned membrane. The two main bows are driven by a very compact drive system near the hinges of the bows with electrically driven actuators. All other bows between the different cloth segments are undriven. They rotate solely on hinges at the bow ends. During opening and closing, the upper cloth segments are tensioned because of the weight of these in-between bows. It avoids flapping of the cloth during opening and closing without the need of a complex drive system for the in-between bows.