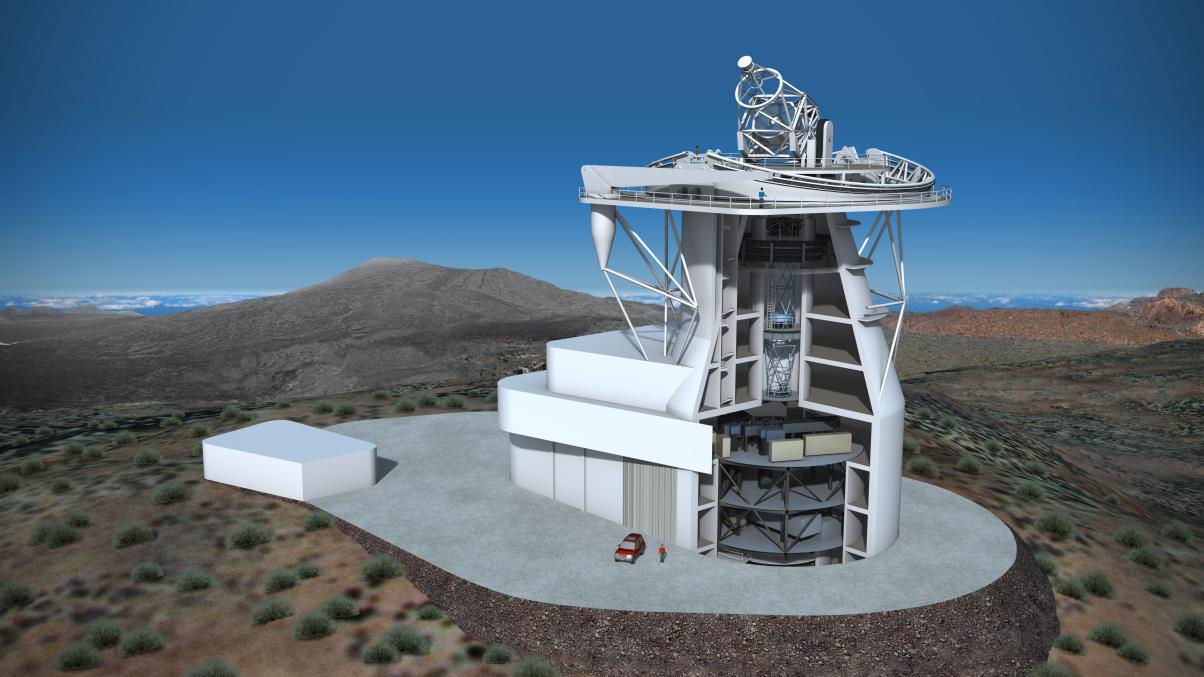 EST will fill a gap not covered by any other instrument, either ground-based or space-borne, currently existing or in the immediate future: it will be able to examine magnetic coupling in the solar atmosphere from the deepest layers of the photosphere to the highest layers of the chromosphere, to uncover the thermal, dynamic and magnetic properties of the Sun's plasma at high spatial and temporal resolution.

The optical design and instruments of the EST are optimised for observation of the coupling of the atmospheric layers. Suitable techniques have been developed to determine the thermal, dynamic and magnetic properties of the plasma over many scales heights using imaging, spectroscopy and spectropolarimetry instrumentation. The EST will be equipped with a suite of instruments to observe simultaneously in various wavelengths, so that the solar photon flux can be exploited more efficiently than at other current or future ground-based or space telescopes. In order to meet its scientific goals the EST will also require high spatial and temporal resolution.

A consensus exists among solar astronomers worldwide that a significant increase in observing capability is needed to understand the fundamental processes that control plasma physics in the Sun's outer atmosphere, approaching the following key questions as a priority goal:

EST will incorporate adaptive optics and integral-field spectropolarimeters, with a precision of one part in 104, to observe the interaction of magnetic fields and plasma motions in the solar atmosphere at their intrinsic scales, which requires resolutions of about 10 km on the Sun.

The EST Conceptual Design Study started in February 2008 and finished in July 2011. It was funded by the European Commission with about 3.2 million Euro. The project involved 29 European partners, plus 9 collaborating institutions, from 15 different countries.

The GREST (Getting Ready for EST) project was intended to take EST to the next level of development by undertaking crucial activities to improve the performance of current state-of-the-art instrumentation. Legal, industrial and socio-economic issues were also addressed, as key questions for the attainment of EST. The project run from June 2015 to May 2017 and was funded by the European Commission with about 3 million Euro, involving 13 European partners from 6 different countries.

Additionally, thanks to the activities of the SOLARNET project, access to first-class infrastructures, networking and joint research and development activities, the solar community is strengthening its scientific and technological capacity for the next-generation solar observations to be provided by EST. SOLARNET is funded by the European Commission and involves 32 partners from 16 countries: 24 EU research institutions, 6 EU private companies and 2 USA research institutions.

The EST Preparatory Phase (PRE-EST) started in April 2017. The main aim of PRE-EST, funded by the European Union H2020 programme, is to provide the EST international consortium and the funding agencies with a detailed plan for the implementation of EST. This information will allow them to make decisions, addressing both organisational and technical issues as well as cost and risk analysis. Moreover, PRE-EST will take the detailed design of key EST elements to the required level of definition and validation for their final implementation. 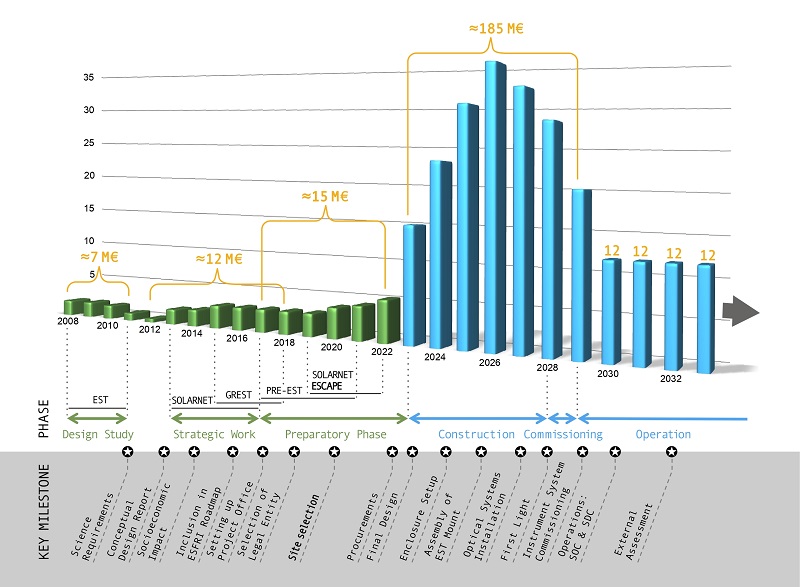