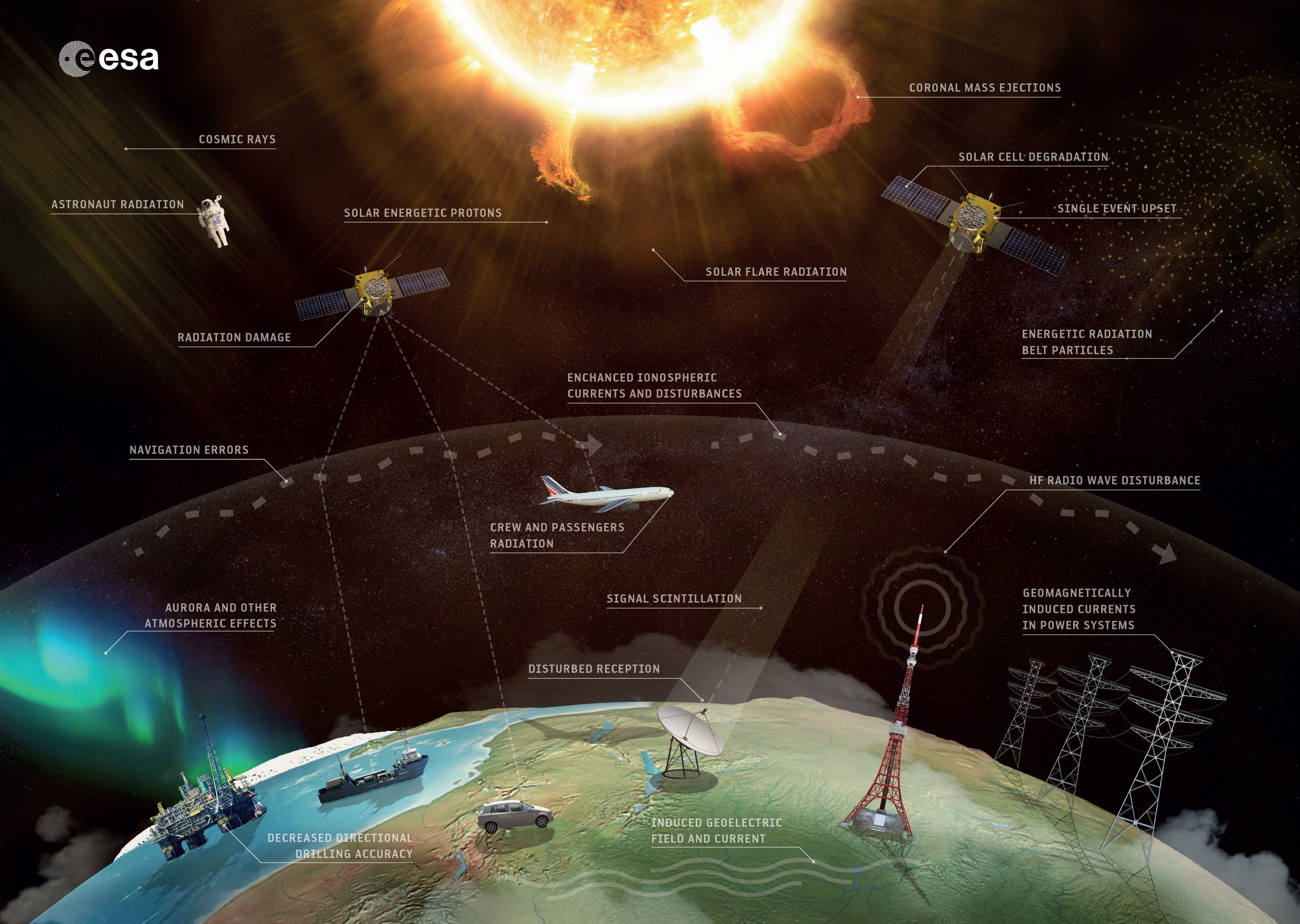 Eruptions of particles, radiation, and plasma from the Sun can impact a range of vital technologies on Earth and in near-Earth space via a phenomenon called space weather. With potential impacts ranging from global navigation and radio communication disruption, power grid failure, spacecraft instrumentation damage, and increased radiation exposure to astronauts, space weather forecasts have become important for a variety of end users worldwide. Even the general public is interested in finding out when they might spot the aurorae, the spectacular light displays in the night sky caused by the solar wind. There is an increasing need to improve the accuracy of space weather forecasts as society becomes ever more dependent on technology and space exploration moves further away from Earth. However space weather prediction is still in its infancy, and we are at least 20-30 years behind weather forecasting in terms of forecast accuracy.

Understanding the processes and sources involved in the solar eruptions that cause extreme space weather events is key to improving predictive capability. There are still many unanswered scientific questions regarding what are the important features on the surface and in the atmosphere of the Sun that might trigger big eruptions. The European Solar Telescope will observe the solar surface and atmosphere with unprecedented detail, the starting point of these extreme space weather events. This significant increase in observing capability will help scientists better study these fundamental processes, and an improved understanding of the Sun will ultimately aid space weather forecasting efforts.