EST and synergies with space missions 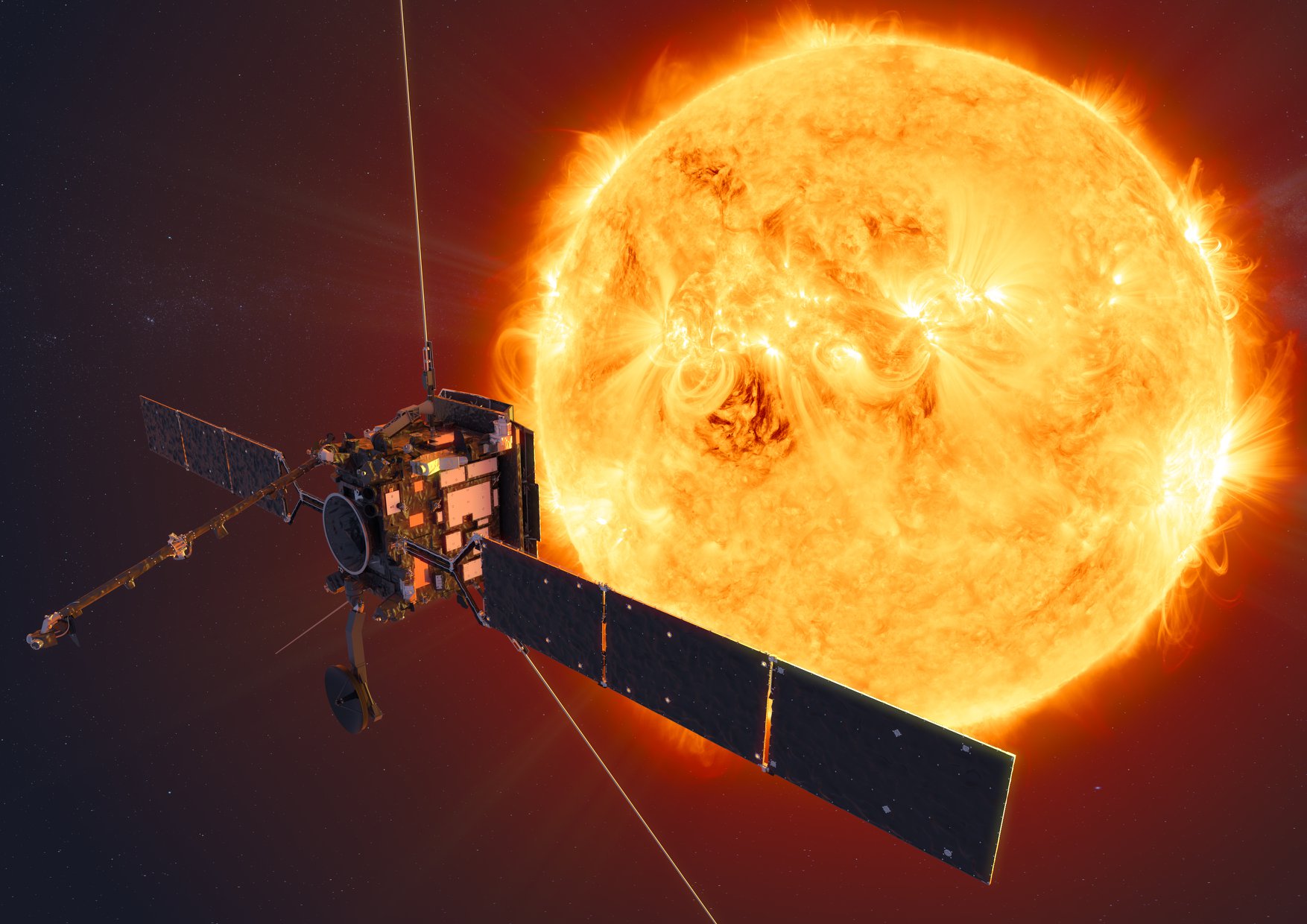 We are living a golden era for solar physics. With the deployment of  state-of-the-art, ground-based telescopes like DKIST and EST, the  battery of instruments we have on Earth will increase its power and  potentialities by orders of magnitude. With such instruments, we are  going to observe tiny solar features hitherto unexplored. The various  layers of the Sun will be analyzed with unprecedented detail. In  particular, the magnetic field will be observed with great precision in  all three layers of the solar atmosphere. Moreover, the capabilities of  getting rid of the Earth’s atmospheric perturbations by our fleet of  spacecraft, currently monitoring the Sun with stable conditions, provide  complementary observations.

The scientific community realized  two important aspects that were essential and uncovered with the present  instruments, namely, remotely sounding the Sun far from the ecliptic  and connecting the physics of the Sun with that of the inner heliosphere  through simultaneous measurements. Observing from a sufficiently  inclined vantage point is crucial to understand the magnetic field at  the poles and, in particular, its behavior when the solar cycle changes.  Combining remote sensing observations with in-situ measurements of  particles and waves simultaneously obtained by a spacecraft flying close  to the Sun will shed light on the origins of all the relevant phenomena  for our life on Earth which were originated in the Sun. ESA, in collaboration with NASA, conceived the Solar Orbiter mission to fulfil  these two missing aspects among other objectives.

Images and spectra taken at the extreme ultraviolet and X-ray domains of the  spectrum or coronal images will be valuable to help EST to point to  relevant targets when Solar Orbiter is almost aligned with Earth. When  close to quadrature (Solar Orbiter-Sun-Earth angle of the order of 90º), the first stereoscopic magnetic field and velocity measurements will be  available. Those observations will help resolve a 180º ambiguity in the  vector magnetic field azimuth and to better constrain the vector  velocity of the plasma. When in opposition (Solar Orbiter facing the  opposite side of the Sun), we will have a first-ever view of the global  magnetic field of the Sun. These are just a few examples of the many  collaborations we can envisage between the European Solar Telescope and Solar Orbiter. Imagine how many can be listed when including other spacecrafts in orbit and other telescopes on ground.