Mesogranulation, an elusive pattern on the solar surface

The energy transfer in the outer layers of our star, and in general of cool stars, occurs in a dominant way by gravitational convection. The most famous solar convective pattern is the photospheric granulation, with a typical scale of about 1000 km and few minutes lifetime, but there are others. A post written by Dr. Francesco Berrilli from University of Rome Tor Vergata (Italy). 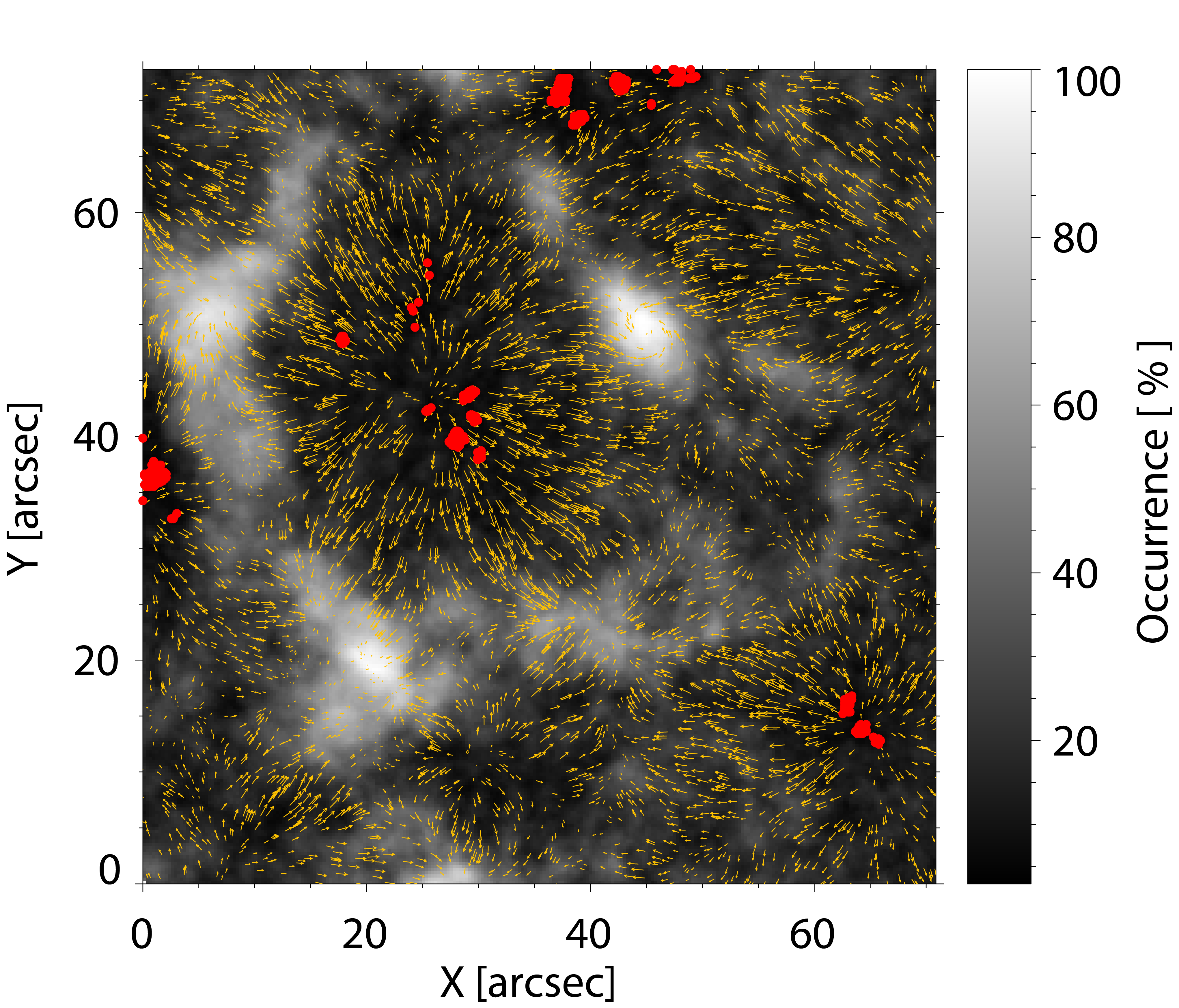 The energy transfer in the outer layers of our star, and in general of cool stars, occurs in a dominant way by gravitational convection. Gravitational convection is the physical process by which heat is transported by movement of a fluid, such as plasma in the Sun or stirring liquid in a pot. The movement is due to the buoyancy force of gravity acting on the fluid density variations. In the Sun convection becomes turbulent. Solar turbulent convection is a paradigm in the study of complex spatio-temporal behavior of out-of-equilibrium systems and allows scientists to investigate the continuously changing multi-scale pattern of warm structures surrounded by cold boundaries and plumes. Furthermore, since the solar plasma is a medium with high electrical conductivity, convective motions are influenced by the magnetic field of the star, modifying it in turn through feedback processes.

The most famous solar convective pattern is the photospheric granulation, with a typical scale of about 1000 km and few minutes lifetime. This intensity and velocity pattern was unambiguously revealed in the second half of the 19th century by Nasmyth in England and independently by Secchi in Italy and Janssen in France. In the 1980s, studying time series of photospheric intensity images, another pattern was reported, the mesogranulation, with a spatial scale of 5 000-10 000 km. To reveal this elusive pattern it is necessary to use image analysis techniques such as local correlation tracking.

There is an on-going debate concerning whether the mesogranular flow pattern scale corresponds to a distinct scale of convection or is the result of a cooperative interaction of small-scale and short-lived granular flows on time scales longer than the granular lifetime. To study the turbulent convection of the Sun, and to answer the question about the origin of solar mesogranulation, it is necessary to accurately reconstruct the magnetic and thermodynamic properties of the solar atmosphere close to the photosphere. In this sense, the use of tunable interferometers coupled with polarimetric techniques is a successful strategy to reconstruct the 3D structure of the solar atmosphere. The next-generation European Solar Telescope, with its suite of focal plane instruments simultaneously covering the wavelength range from the UV to the mid-infrared, will be fundamental to advance our knowledge of turbulent convection in stars.

The accompanying image shows the horizontal velocity field of a quiet region of the solar photosphere observed by the Hinode Solar Optical Telescope, as computed with the local correlation technique (gold arrows). The background image gives the "ocurrence" parameter, that is, the number of frames in which each pixel hosts a magnetic feature with a magnetic flux density larger than 13 G. The red circles mark the locations with the lowest occurrences.