Nanoflares are low energy events, difficult to observe due to their low X-ray energies. The EST will help us unveil these fast events. A post written by Helle Bakke, from the Rosseland Centre for Solar Physics/Institute of Theoretical Astrophysics (Norway). 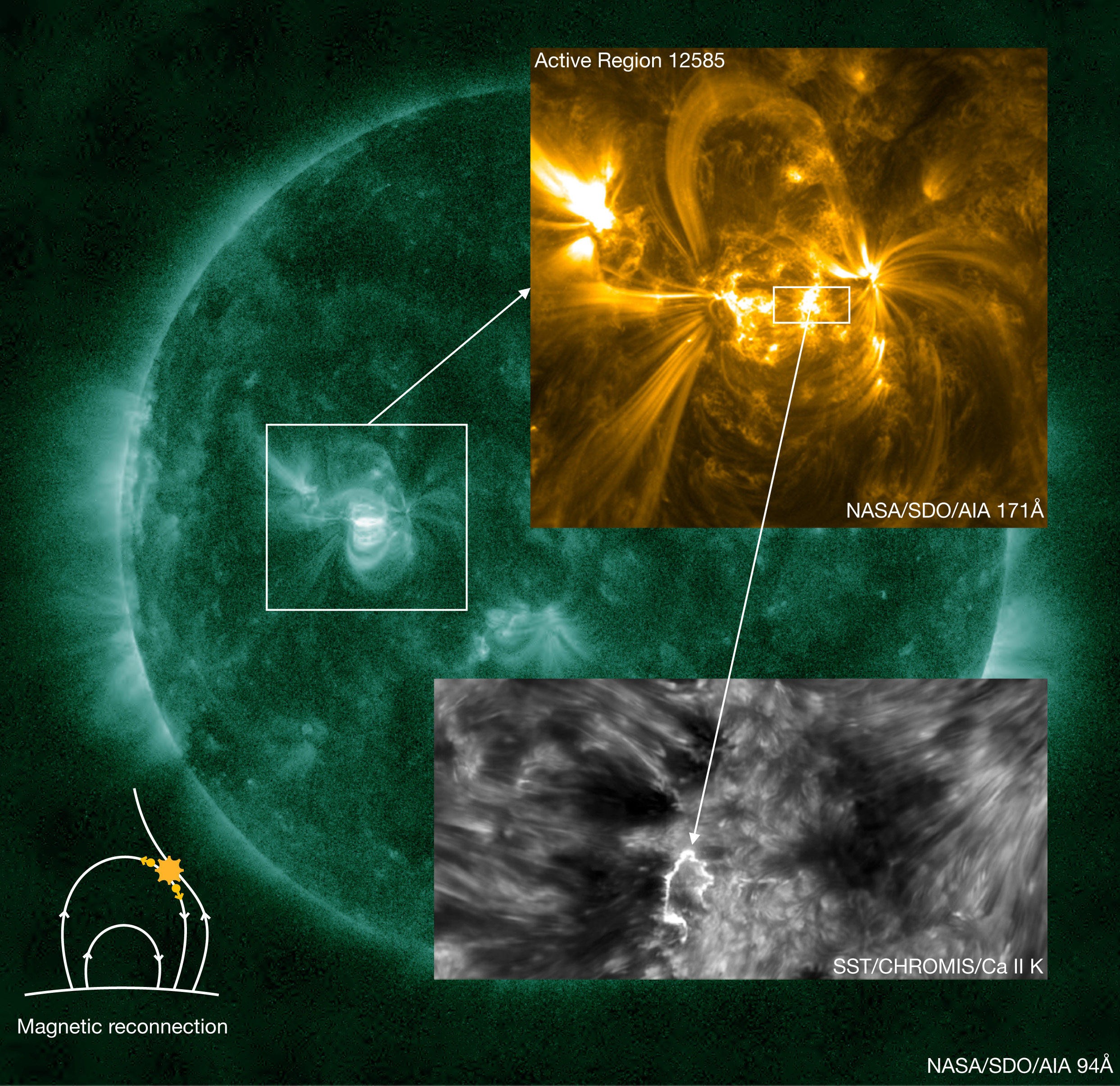 Micro-flare observed on 4 September 2016 with NASA SDO/AIA and the Swedish 1-m Solar Telescope.

In 1988, Eugene Parker proposed a heating mechanism of the solar corona by impulsive energy releases referred to as nanoflares. Flares are sudden brightenings in the solar atmosphere caused by the reconnection of magnetic field lines. As the field lines reconnect, magnetic energy is converted into heat and kinetic energy, producing events such as flares and coronal mass ejections. As the name suggests, nanoflares are low energy events, as opposed to the spectacular X-class flares occurring in active regions of the Sun. Low energy flares are much more prevalent than large flares, but their rate of occurrence is not yet well established. Solar flares produce a wide range of high-energy electromagnetic radiation (such as X-rays), however, small-sized flares are difficult to observe due to their low X-ray energies.

The European Solar Telescope (EST) will allow us to analyse the quick variation of the magnetic field thanks to its 4-metre aperture, providing us with a unique opportunity to unravel fast and small-scale events that will help us to better understand phenomena like the aforementioned nanoflares.

The image shows a micro-flare observed on 4 September 2016. Magnetic reconnection in the corona as sketched in the cartoon in the lower left produces a hot loop of more than 7 million degrees. This hot loop is visible as the bright area in the green background image taken with the Solar Dynamics Observatory (AIA 94 Å). The active region with bright magnetic loops is shown in more detail in the yellow inset, corresponding to plasma of less than 1 million degrees (AIA 171 Å). The reconnection event in the corona produces fast electrons that hit the lower atmosphere with high energy. The impact region is very small and is shown at high resolution in the image taken with the Swedish 1-m Solar Telescope on La Palma. With the European Solar Telescope, we will be able to study the magnetic environment of the impact region in even finer detail.