Remember what slender Ca II H chromospheric filbrils are? Dr. Shahin Jafarzadeh, from the Rosseland Center for Solar Physics (University of Oslo, Norway), explains everything about the waves they support and their magnetic fields. 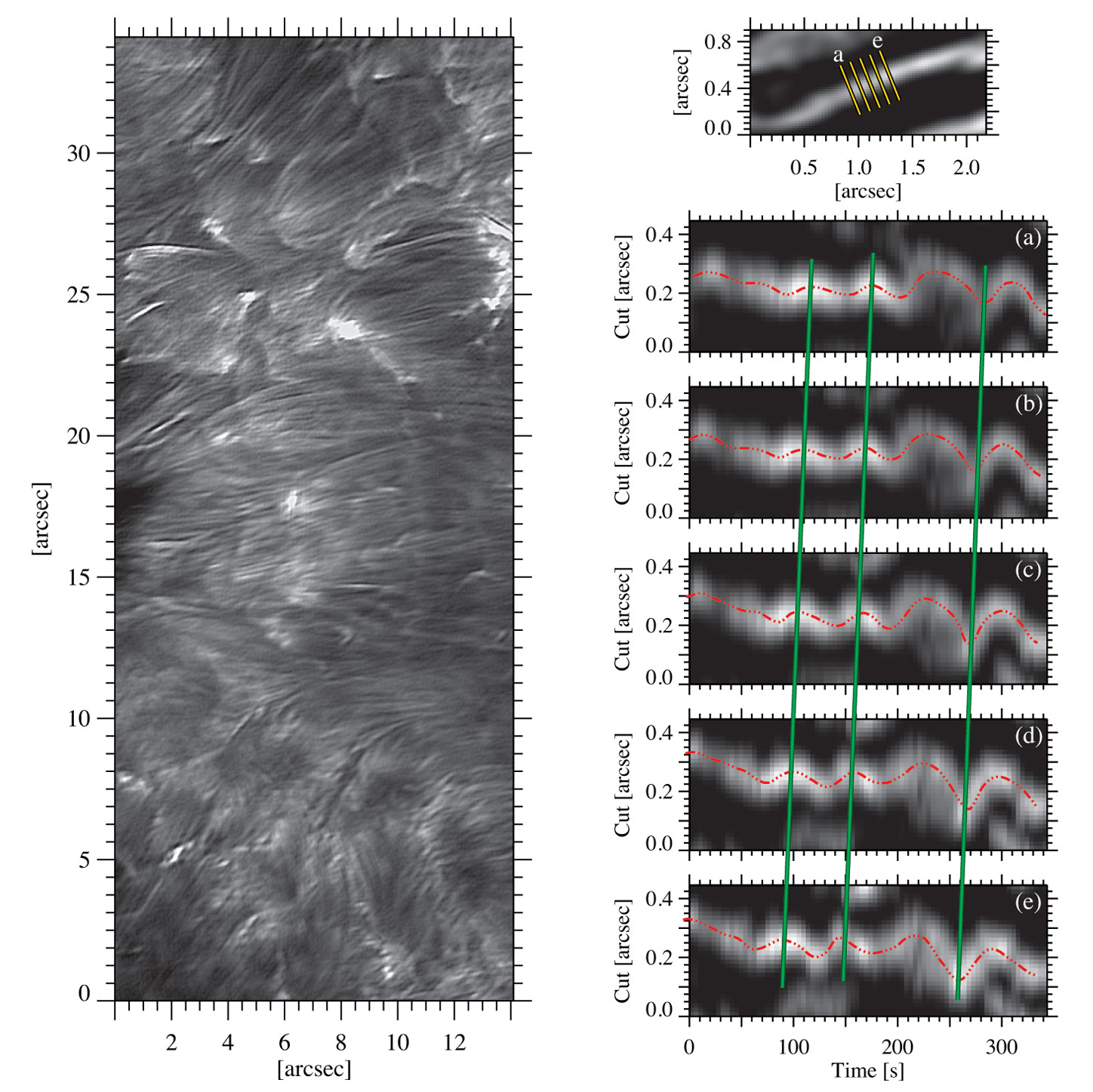 Magneto-hydrodynamic (MHD) waves are often presented as a principal mechanism allowing the transfer of energy and momentum throughout the solar atmosphere. These waves can be identified in various magnetic structures, including slender Ca II H fibrils which are believed to map the magnetic fields in the low solar chromosphere.

The figure above shows a dense forest of slender bright fibrils near a small solar active region as seen in high-quality narrowband Ca II H images recorded by the SuFI instrument onboard the 1-m SUNRISE balloon-borne solar observatory. On the right, phase speeds in an example slender Ca II H fibril indicate the existence of propagating MHD (transverse) waves. The curves in panels (a)–(e), whose centroids are depicted by the red triple-dot–dashed lines, show the displacement of the fibril along the series of cuts marked in the upper panel. The wave propagation in the fibril is indicated by the green lines.

These fibrillar structures are believed to manifest magnetic fields at chromospheric heights. The figure below shows a comparison of the slender Ca II H fibrils and the magnetic topology derived by extrapolation of the photospheric field from high-resolution magnetograms simultaneously observed with SUNRISE/IMaX. An inside view of the magnetic canopy (i.e., the magnetic field lines lying over a region with weaker field) is illustrated on the right, from a viewing angle shown by the arrow. 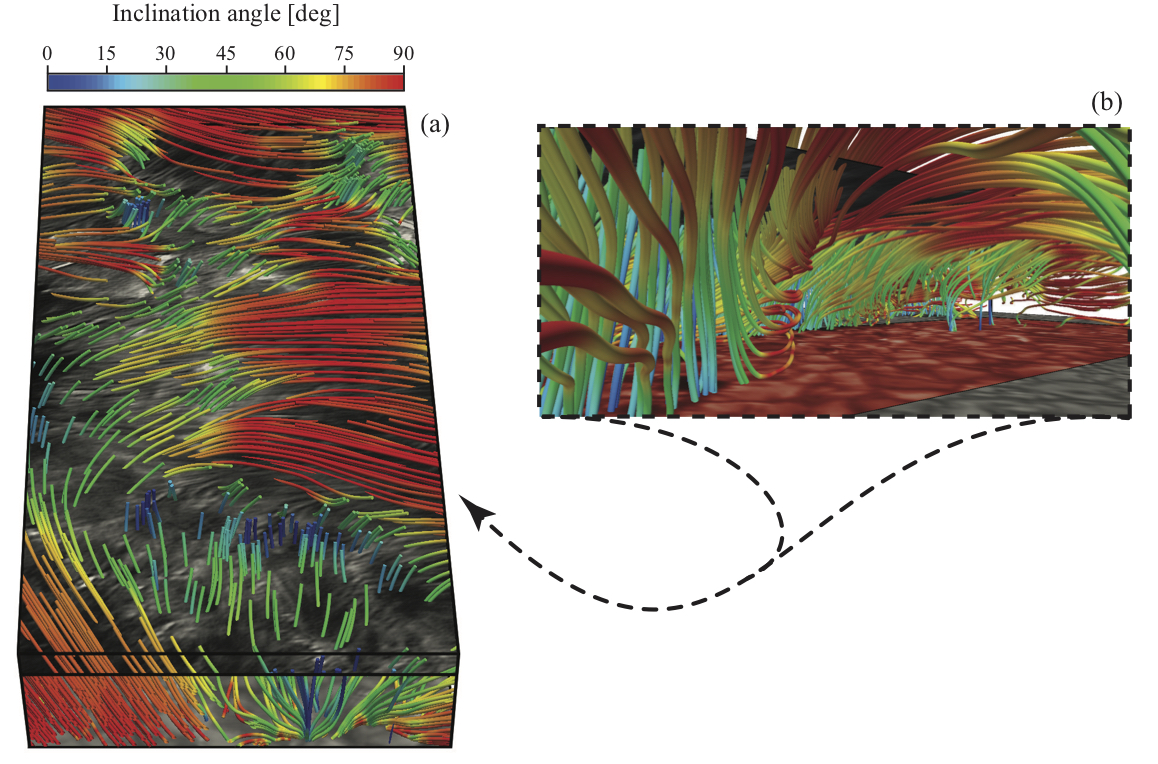 The detection of tiny, bright thread-like structures in the low solar chromosphere requires very high-spatial resolution observations. The advanced optics and measuring instruments of the future 4-m European Solar Telescope - EST will enable us to identify many of these small-scale fibrillar structures and study both their magnetic fields and the various kinds of MHD waves they support.