The North Pole of the Sun

Studying the poles of the Sun is important to understand the origin of the weak magnetic fields that populate the quiet solar surface. A post written by Dr. Luis Bellot Rubio, from Instituto de Astrofísica de Andalucía-CSIC (Spain). 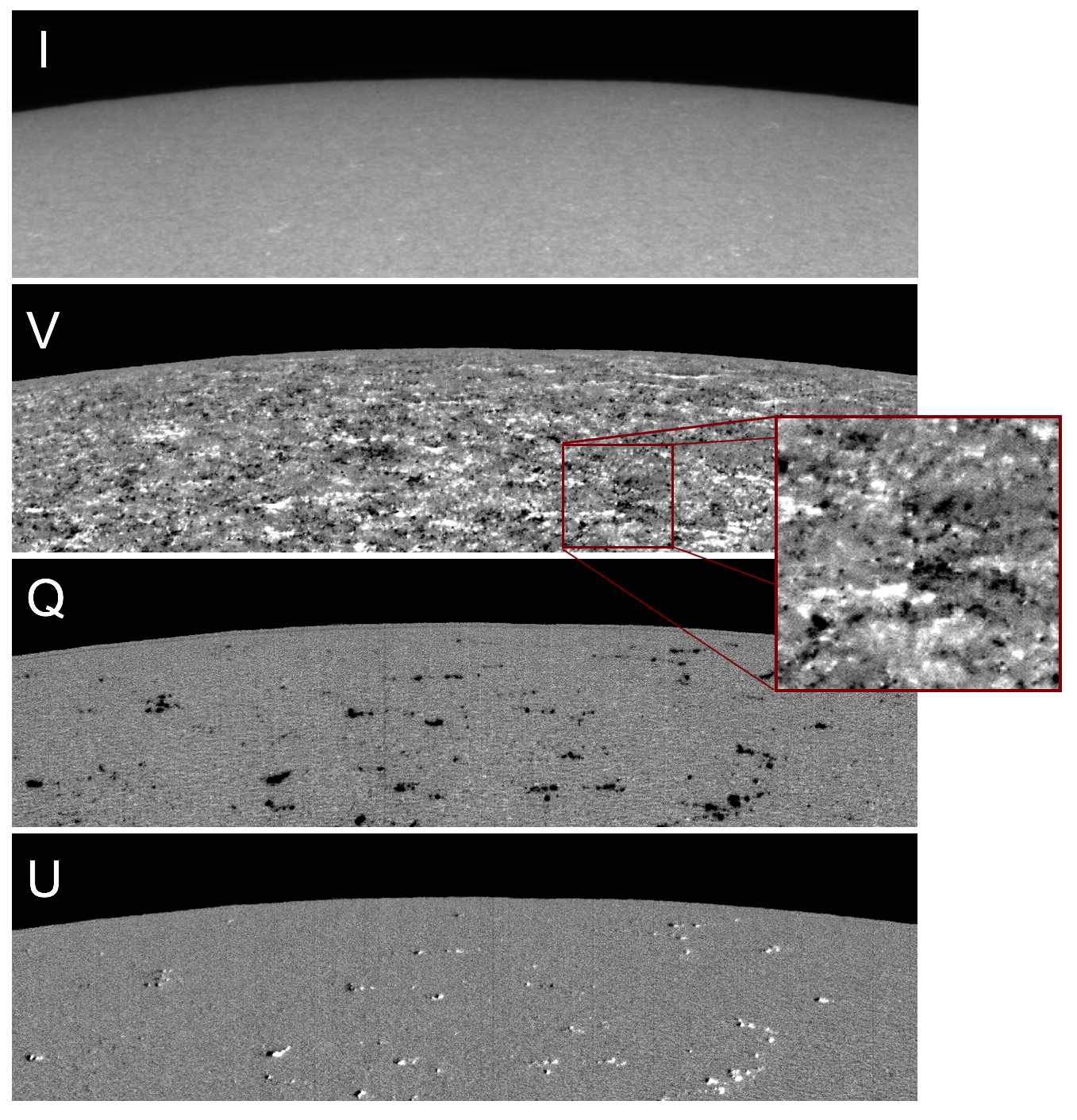 Spectropolarimetric observations of the North Solar Pole with the Japanese Hinode satellite. The four Stokes parameters are shown.

Studying the poles of the Sun is important to understand the origin of the weak magnetic fields that populate the quiet solar surface. The poles are devoid of large magnetic structures such as sunspots and pores, and therefore the fields observed there must be produced by a local dynamo or be the remnants of decaying active regions transported to the poles by surface flows.

Are the properties of polar fields different from those observed near the disk center where active regions are usually seen? We still do not know. Characterizing them is difficult because of large projection effects, which make the signals smaller and harder to interpret. With its superb spatial resolution, the European Solar Telescope will measure polar magnetic fields with unprecedented accuracy, allowing comparative studies of polar and equatorial regions to be carried out for the first time.

The image shows seeing-free observations of the north pole of the Sun in intensity (I), linear polarization (Q and U) and circular polarization (V) as recorded by the spectropolarimeter aboard the Japanese Hinode satellite. These data have the highest magnetic sensitivity and spatial resolution achievable nowadays.