Scientists and engineers from the European Solar Telescope participated in FITOC2019, the meeting on Future Instruments for the Telescopes at the Observatorios de Canarias. 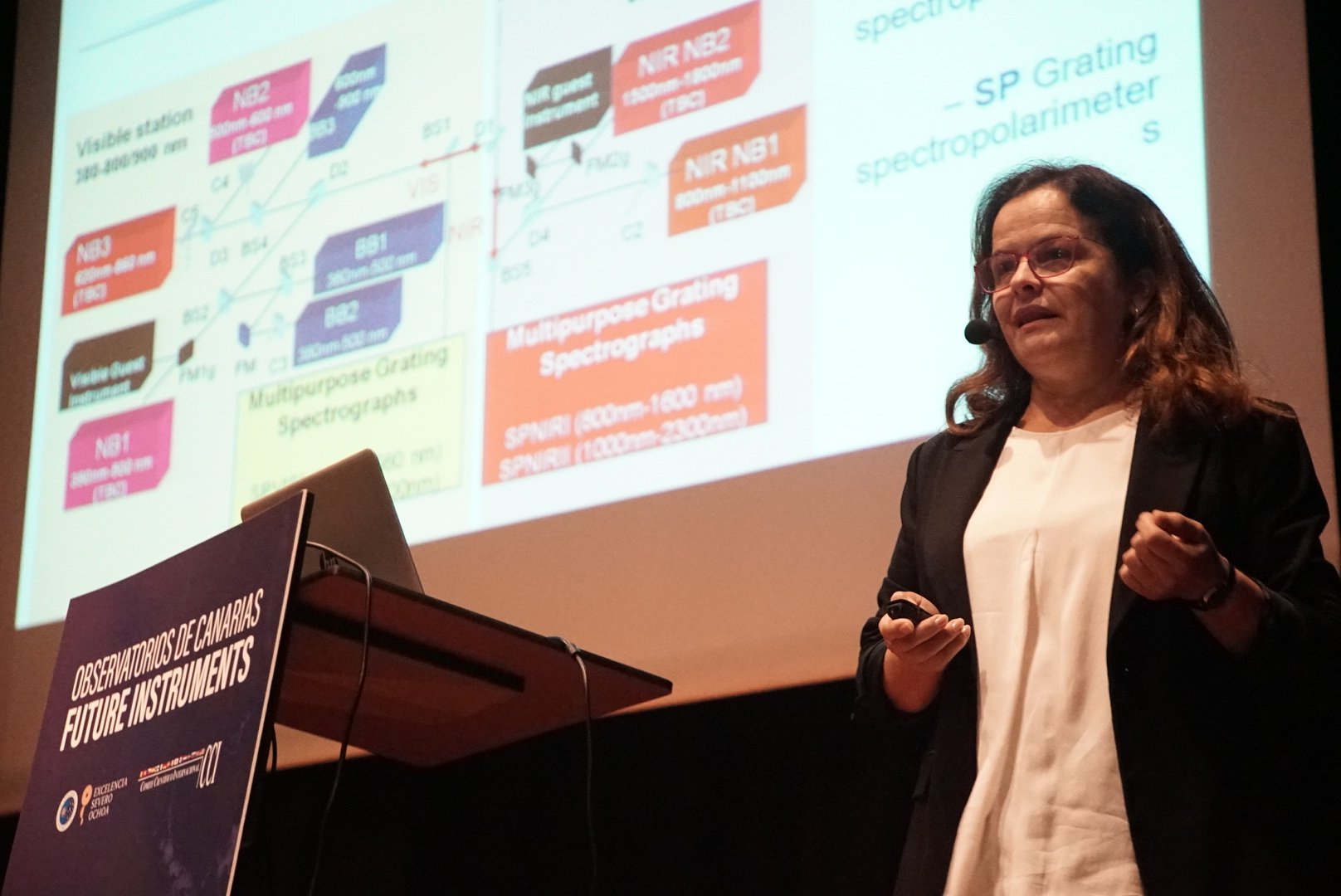 Scientists and engineers from the European Solar Telescope have participated in FITOC2019, the meeting on Future Instruments for the Telescopes at the Observatorios de Canarias. The event was held in Tenerife (Canary Islands, Spain) from 11 to 13 November, and gathered more than 80 international experts.

Mary Barreto, EST Technical Director, was one of the speakers. Barreto gave an update on EST ongoing work, which at this point focuses mainly on the design and construction plan, and the site selection. Barreto also emphasized the international aspect of this project, in which 26 European research institutions are involved, "making EST a truly European venture".

The day before, EST engineer Icíar Montilla, from Instituto de Astrofísica de Canarias, had presented the main projects on adaptive optics being developed by the Instituto de Astrofísica de Canarias, including the Multi-Conjugate Adaptive Optics system (MCAO) for EST, designed to correct the turbulence for a wide range of observing elevations, from the zenith down to very near the horizon, providing high spatial resolution observations in the visible over large fields of view. During her talk, she dubbed the MCAO as "one of the most challenging AO systems ever built, with uniform correction over a field of view of 1 arcminute at 500nm running at 2KHz". Earlier, EST researcher Dan Kiselman, from the Institute for Solar Physics (Stockholm University), called the Swedish Solar Telescope "a trailblazer for EST", and listed the lessons learnt from this telescope, one of EST's older sisters together with THEMIS and GREGOR.

The objective of the meeting was to examine the plans for existing and future instrumentation installed in the Canary Island observatories, whether for night observations, including infrared and high energy astrophysics, or solar physics. Key issues for discussions were the future scientific direction of the observatories, possible "blind spots" and overlaps between instrumentation, synergies between current and prospective facilities, and the specific observational strengths of Observatorios de Canarias.

For more information, check out http://research.iac.es/congreso/OOCCinstruments2019/ 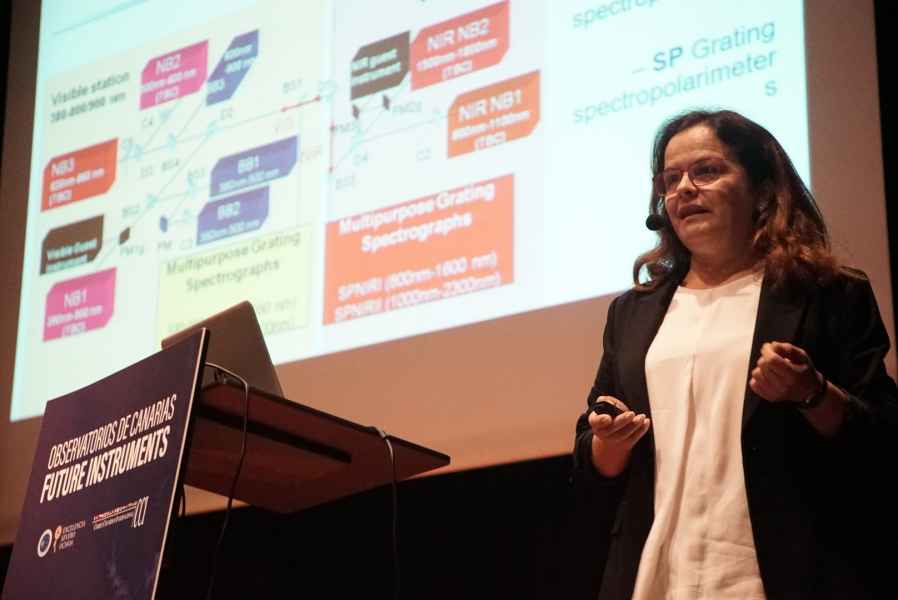 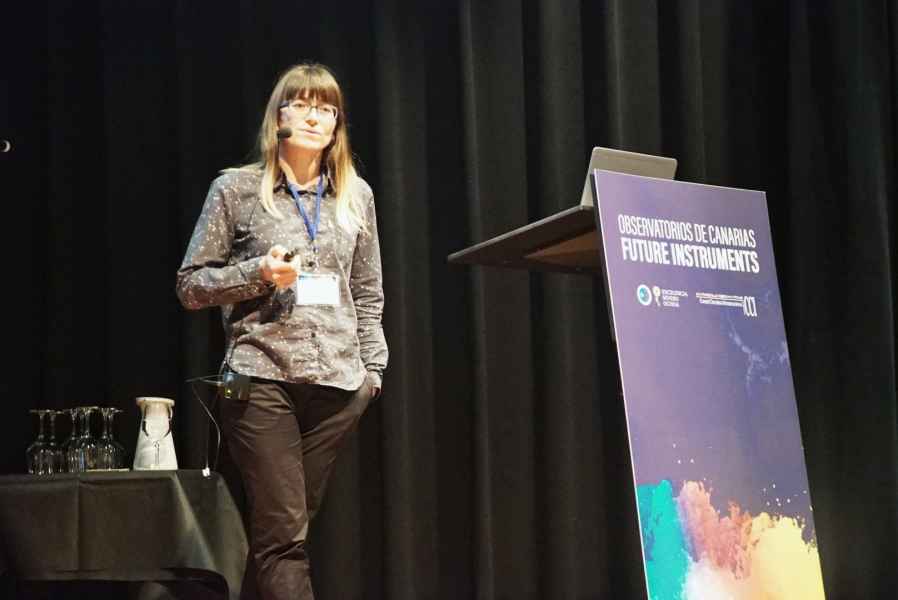 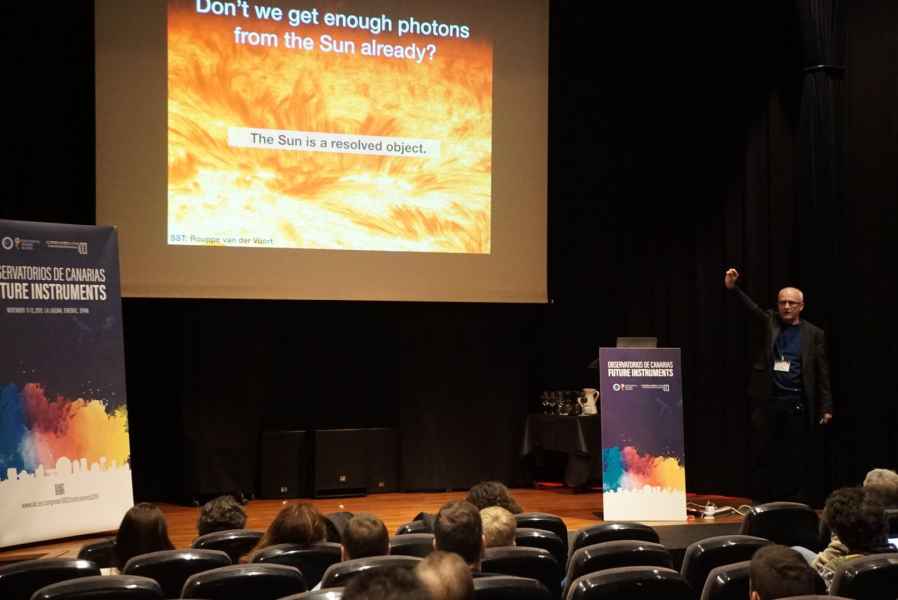 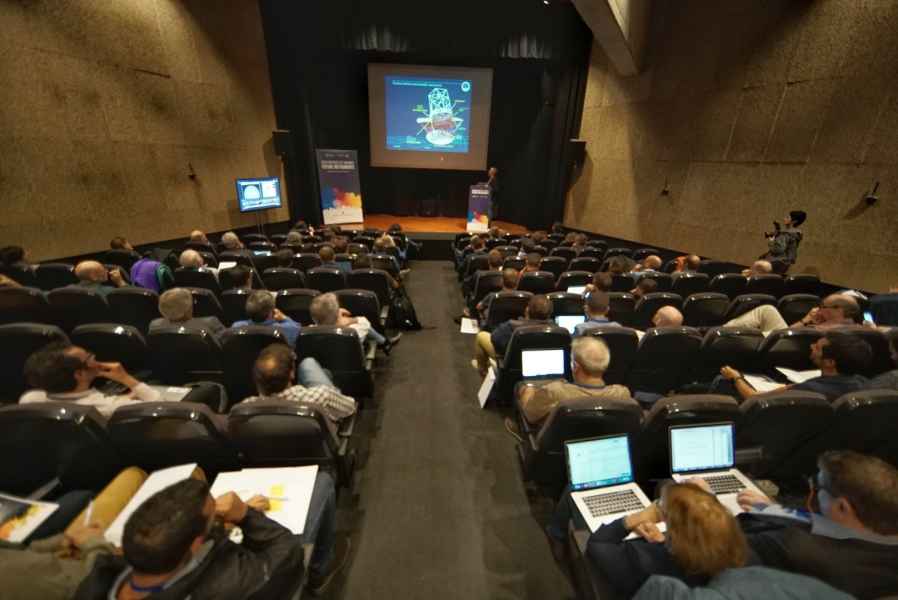