Forskningstorget: The European Solar Telescope met with the people of Oslo

On September 20-21, Norway immersed itself into Forskningstorget, the nation-wide science fair. The Rosseland Center for Solar Physics (RoCS), Norwegian partner for the EST project, joined the celebrations. 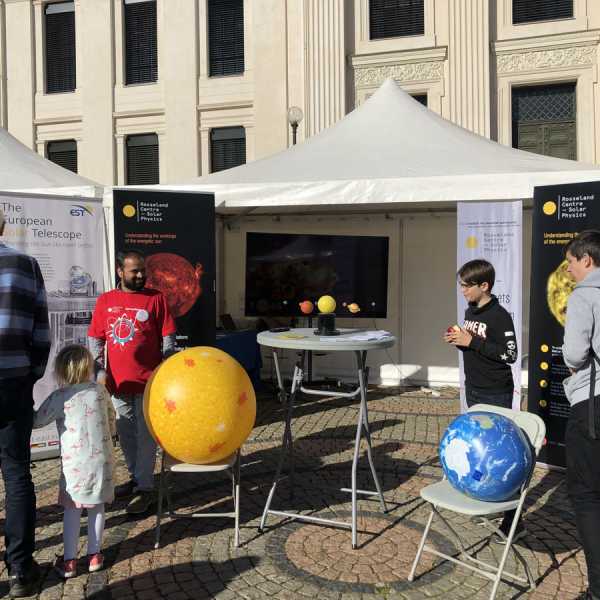 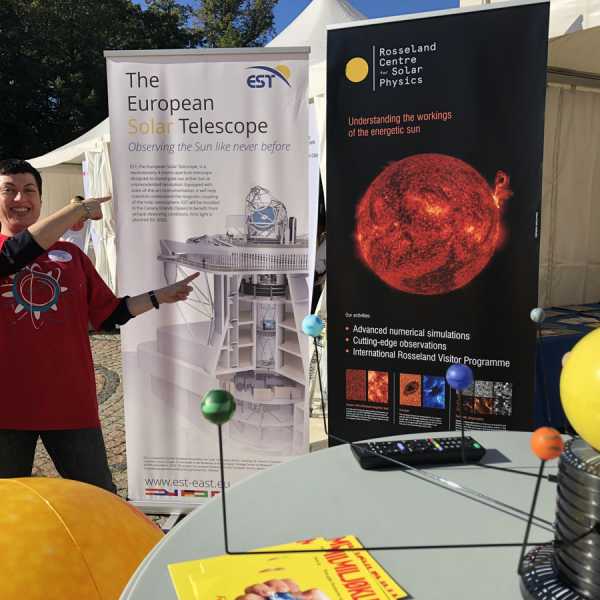 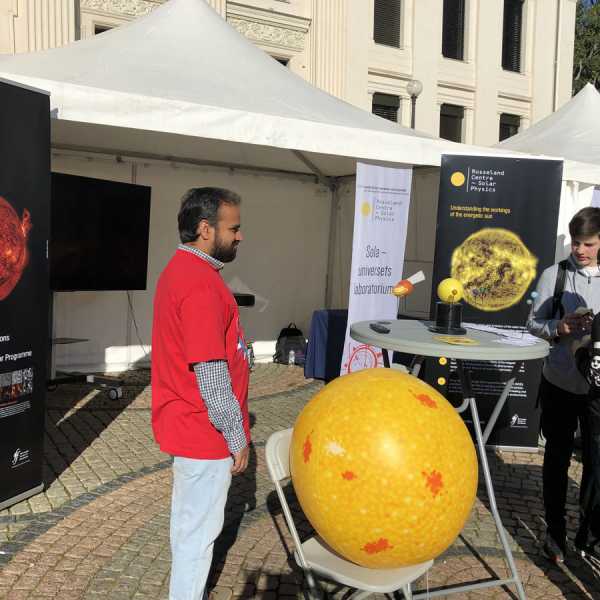 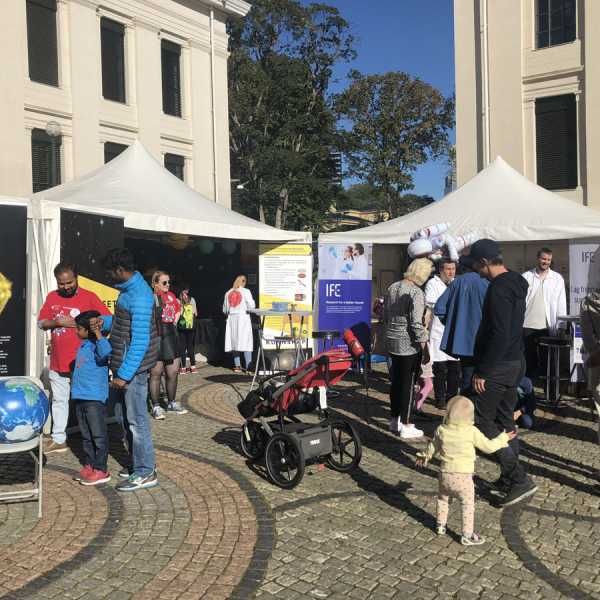 On September 20-21, Norway immersed itself into the Forskningstorget, the nation-wide science fair. One of the main streets in Oslo, Karl Johan, hosted a myriad of different activities and booths, including one for the Rosseland Center for Solar Physics (RoCS), the Norwegian partner for the EST project.

Scientists had a wonderful time answering the many questions about the Sun... in six languages (the team in Oslo is truly international: they speak Hindi, Marathi, Spanish, Italian, English and - of course- Norwegian). There was also a motor model of the Solar System and video projections of solar images. Actually many people thought those were animations... and were amazed when they discovered those were the real deal!

A big thanks to everybody who attended this year's Forskningstorget. We'll see each other again next year. In the meantime, for those in other European countries, the European Researchers' Night is happening at the end of the week. Check the planned EST activities here.