Clouds on the Sun?

The Sun hosts many different phenomena. One of those- filaments- may resemble dark clouds, but they are nothing like the clouds on Earth, writes Dr. Christoph Kuckein from the Leibniz-Institut für Astrophysik Potsdam (Germany). 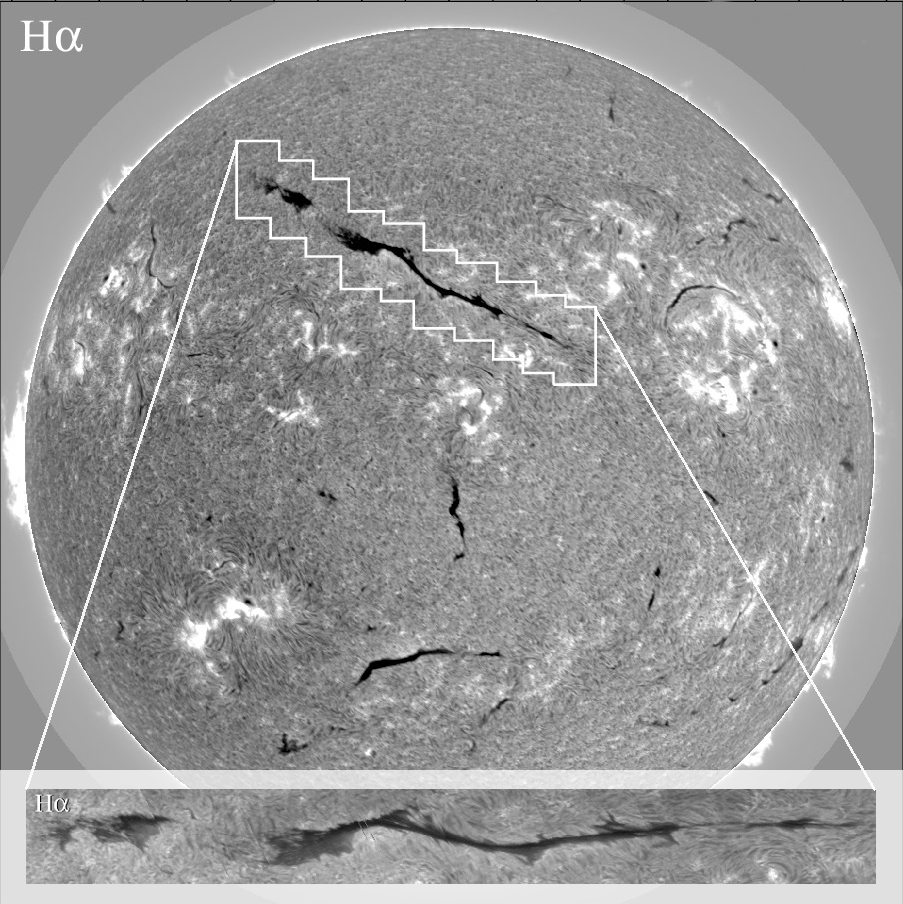 The Sun is far from being a boring and homogeneous star. It hosts many interesting phenomena, from small bright points to large-scale flare events, as reported the weeks before. Within solar physics, a particular topic are solar filaments or prominences. Both terms refer to the same phenomena, but receive different names depending on where they are observed on the Sun. On the solar disk, they are called filaments, while above the limb, they are called prominences. They are best seen using an H-alpha filter, visible even with amateur telescopes, and resemble dark clouds which lie in the upper atmosphere, the chromosphere and corona (see image). However, they are not like clouds on Earth! Filaments are made out of thin plasma threads located inside of large elongated structures. The structure itself is confined due to the magnetic field lines. Filaments have lifetimes of few days to several weeks and their formation process is still not well understood.

Since filaments are rooted in the photosphere (this is, the surface of the Sun), but their main body appears much higher in the atmosphere, they present a coupled system across several heights. Therefore, the European Solar Telescope multi-wavelength capabilities will offer a unique opportunity to better study filaments and shed light on the nature of this intriguing phenomenon.