The magnetic cradles of solar tornadoes

What are solar tornadoes? Read the new post in our #TheScienceofEST series by Dr. Robertus Erdelyi, from the University of Sheffield (UK). 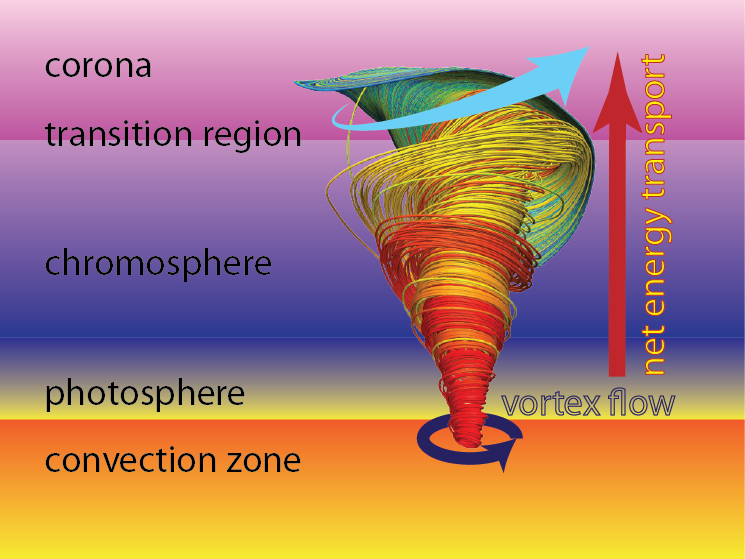 Vortex flows in the atmosphere of the Sun, often referred to as solar tornadoes, have attracted the imagination of scientists in the past few decades. These massive energetic phenomena are observed with a unique combination of ground-based telescopes, like the European Solar Telescope in the near future, and space-borne facilities, for example NASA's Solar Dynamics Observatory (NASA Sun Science).

These rapidly swirling magnetic structures are similar to the bathtub effect but, here, solar plasma locked to the magnetic field lines goes upwards from the solar surface into higher regions of the atmosphere. The rotating speeds could be even a few 100 km/s. Their size could be the size of the entire Earth or more. The related braiding and twisting of the magnetic field lines contribute to the heating of the solar chromosphere and corona up to a few million degrees. There, energy is carried in the form of magnetic waves that are often referred to as Alfvén waves. For their prediction, a Noble prize was awarded in the 1970s.