Proper motions on the Sun: revealing the dynamic evolution of solar structures

Jose Iván Campos Rozo (University of Graz, Austria), with the collaboration of Drs. D. Utz and S. Vargas Domínguez, writes on the importance of studying plasma and magnetic fields motions. 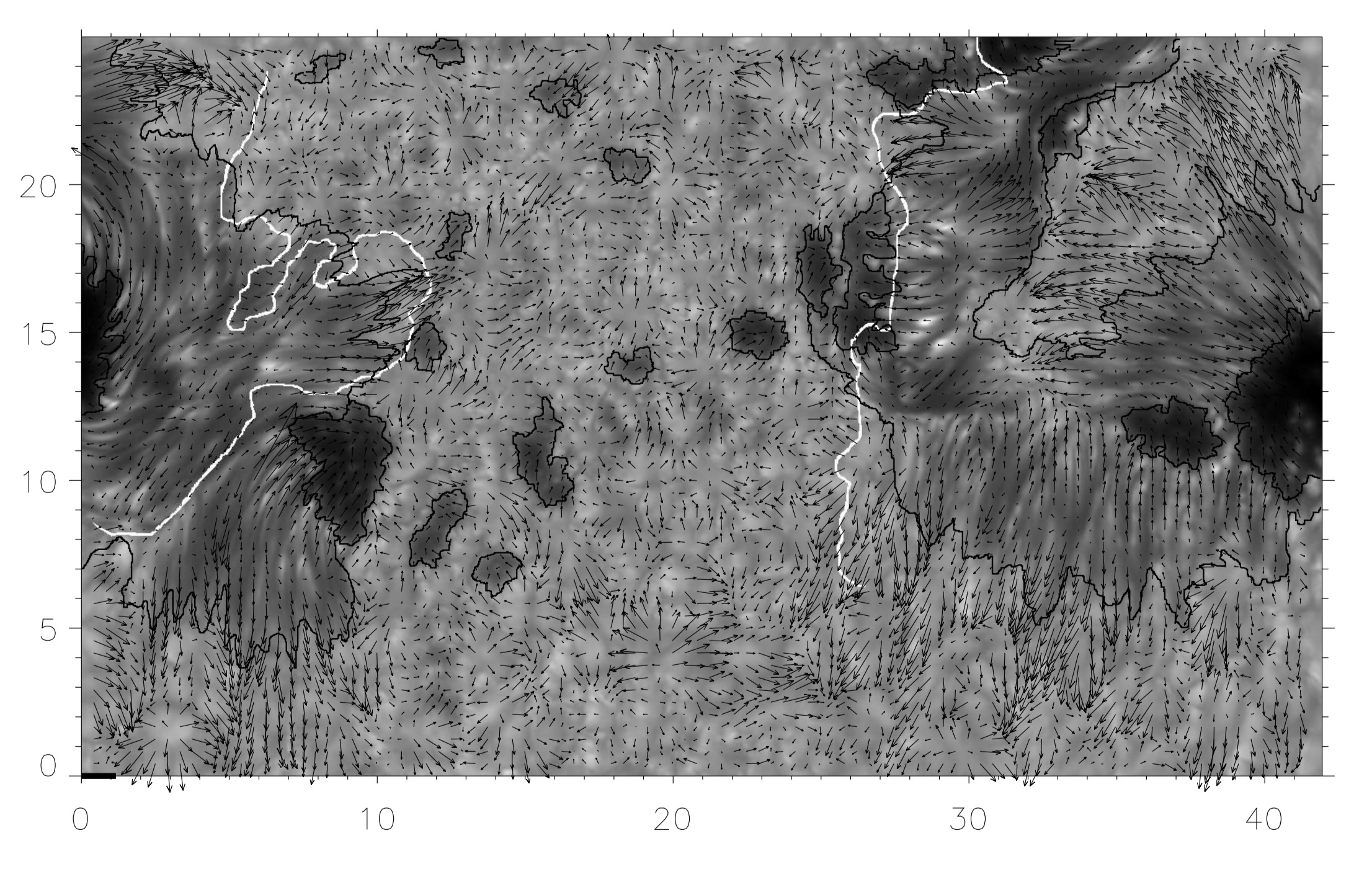 Application of the LCT algorithm to a time sequence of G-band images of an active region. Data taken at the SST by S. Vargas Domínguez and J.A. Bonet

The evolution of plasma and magnetic fields at different spatial and temporal scales is an essential topic of study in solar physics research. Based on the analysis of proper motions associated with various structures on the Sun (granules, bright points, umbral dots, and many others), we are able to infer their dynamics and obtain information about how the plasma and magnetic field are related during the evolution of a solar active region on large spatial and temporal scales. In addition, highly temporally and spatially resolved data sets can even give us information about the "quiet" Sun.

While there is a wide variety of techniques to study proper motions from time series of solar images and magnetic field maps, likely the two most prominent ones are the Local Correlation Tracking (LCT) algorithm and the temporal evolution of corks computed from horizontal velocity flow maps (so called cork flow maps, because the particles used are like corks that float on water dragged by the dominant currents).

The figure shows horizontal velocities in a solar active region with a delta configuration computed using the LCT algorithm (time average of 71 minutes). The white lines delineate the polarity inversion lines inferred from the corresponding magnetograms. The background represents the average G-band image from the time series. The black bar at coordinates (0,0) corresponds to 4 km/s. Coordinates are expressed in thousands of km.

The movie shows the evolution of corks spread all over the field of view. They are moved according to the LCT-computed horizontal velocity map and thus show the surface flow.

The European Solar Telescope will provide much more detailed insights into the evolution of solar features due to its greatly improved temporal and spatial resolution, as well as its enhanced capability to observe various layers of the solar atmosphere simultaneously. Thus we will be able to track with supreme detail the dynamics of the solar photosphere and the chromosphere lying above.