Ever wondered how scientists decide where to point a high resolution solar telescope such as the EST? The answer is "lucky imaging", and Emil Kraaikamp, from Observatoire Royal de Belgique, explains it in our latest #TheScienceOfEST post. 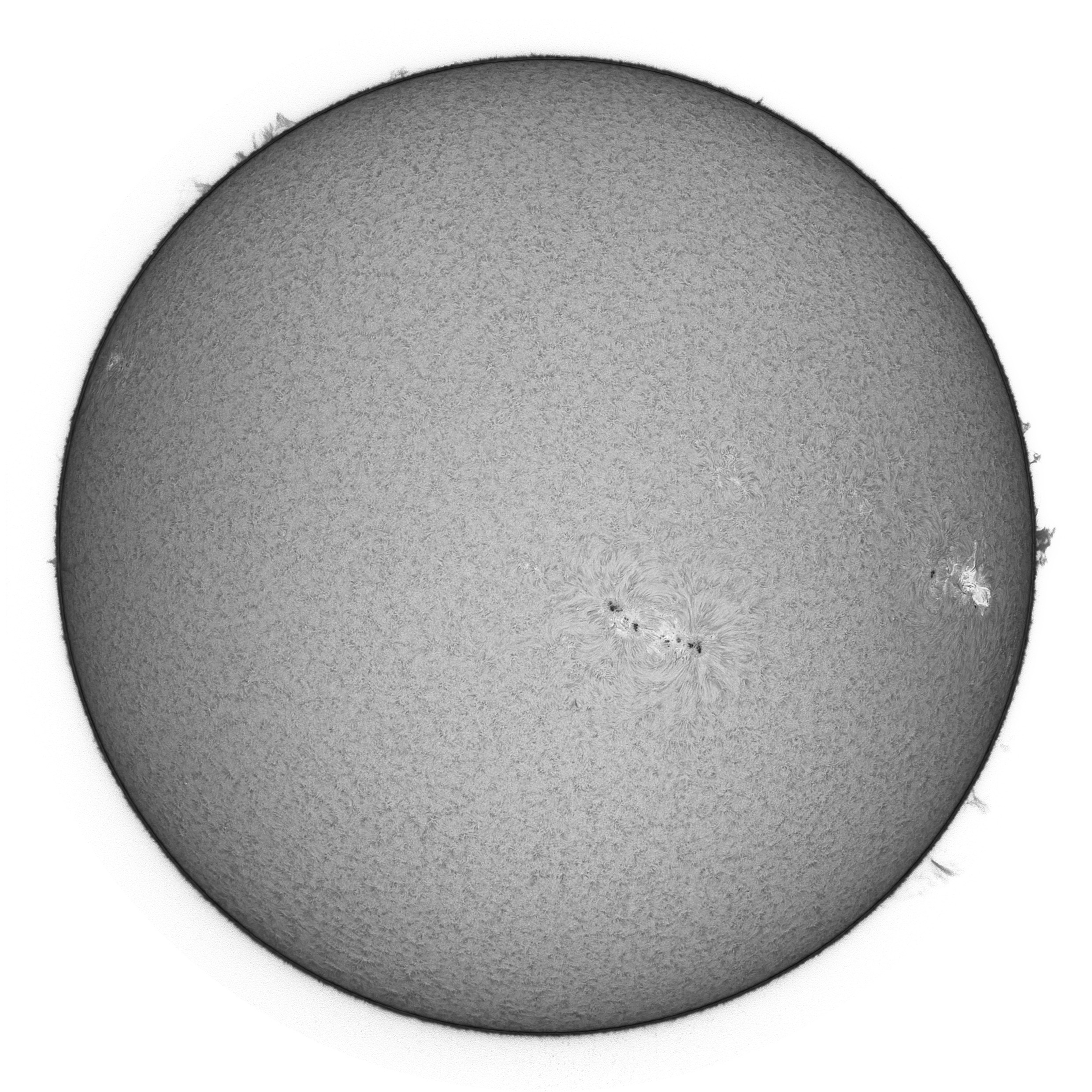 An M-class flare is visible in active region NOAA 12644 (far right of the image). The picture is a result of lucky-imaging using the best 25% of 40 frames taken in a 10 seconds window

With the small field of view of a very high resolution solar telescope such as the European Solar Telescope, it is important to also have high quality context information to know which area of the Sun is most interesting to study.

This context information is provided by networks of several small telescopes placed in different locations around the world, each producing images where the entire solar disc is visible. Several networks of this type already exist and, in addition, an upgraded one - called SPRING - is currently under development as part of the SOLARNET H2020 project.

To improve the resolution of these context images, Lucky Imaging will be employed to select those parts of images where distortions - caused by looking through a turbulent Earth atmosphere - are, by chance, smallest. The Lucky Imaging technique generates a single higher resolution image made from the best parts of images within a small time window. These high quality context images will allow the EST to study the most interesting areas of the Sun, even though it can only see a small part of the Sun itself.

An example of such images is this picture of the Sun on the morning of April 2nd 2017 at 08:00 UT, as seen through the 80-milimeter H-alpha telescope of the Uccle Solar Equatorial Table of the Royal Observatory of Belgium (USET, ROB). An M-class flare is visible at the far right of the image in active region NOAA 12644. This image is a result of lucky-imaging using the best 25% of 40 frames taken in a 10-second window, deconvolved to restore image details. To better show the faint prominences, the off-disc structures have been processed separately and are intensity inverted.