To study the solar atmosphere as a coupled system, scientists combine observations taken at different wavelengths with different instruments, so they can follow the solar events as they evolve in the atmosphere. Fixed-Band Imagers allow to study very fast processes and to observe structures in the biggest field of view of the EST instrument suite. 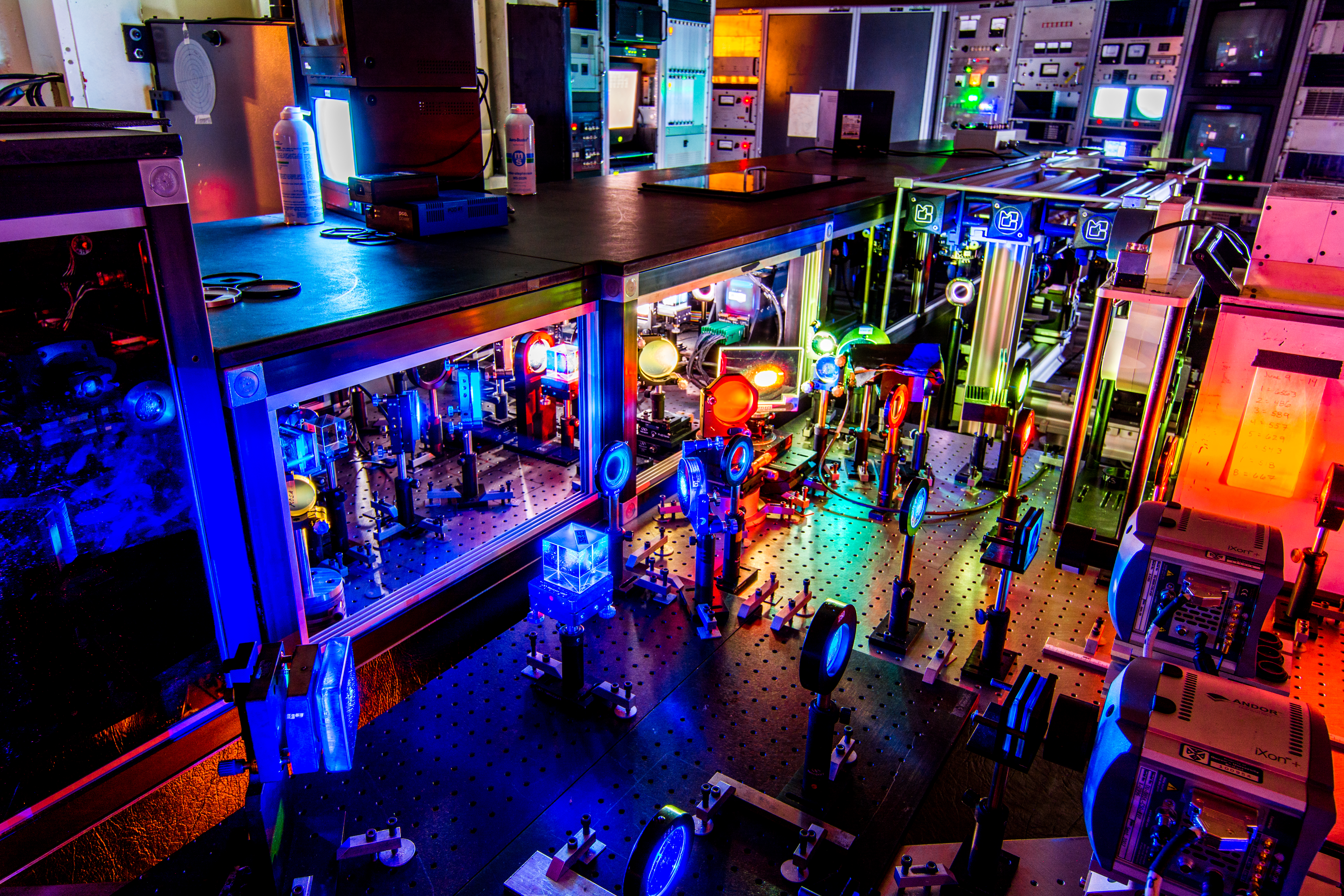 Today, we’ll go to the other extreme: Fixed-Band Imagers (FBIs), the instruments with the biggest field of view of the whole EST instrument suite. They’re also the fastest ones, able to deliver the best spatial resolution.

Fixed-Band Imagers are used to study very fast processes (like different types of waves) and observe big structures (like active regions and sunspots) over their full extent. They also provide context information about what’s going on in the vicinity of the smaller field of view of the other instruments, rounding out the picture.

FBIs will be equipped with cameras that, in addition to having a field of view as large as 60x60 arcseconds (43,000 km x 43,000 km) or bigger, need to be very fast, have a very low noise level and a wide dynamic range.

The fastest cameras will be able to capture up to 100 images per second that will then be processed to get the best image possible (those images are taken after the light passes through the adaptive optics system of the telescope, so an initial seeing correction is already made).

They also need to have a very low noise level: “To study the solar magnetic field narrow wavelength passbands are required, but here we’re aiming for the opposite, that is, relatively broad passbands to collect as many photons as possible and be able to observe small details at the highest speed”, explains Mihalis Mathioudakis, from Queen’s University Belfast.

That means that, although filters will be incorporated to the cameras, those will not be tunable but fixed on certain passbands, such as Fraunhoffer’s G band and TiO. The selected filters include absorption lines from molecules which have low dissociation energies making them very sensitive to temperature variations. As a result these filter provide high contrast images that allow us to resolve very precisely the spatial inhomogeneities of the solar photosphere.

Mathioudakis, who participated in the development of the broad-band cameras used in the Daniel K. Inouye Solar Telescope, explains that “we’re talking about very big cameras, with CMOS sensors that have more than 16,000,000 pixels. In fact, the physical dimensions of the sensor are large, more than 7 cm diagonal, and the actual cameras can weigh around 10 kilograms. These cameras require both thermoelectric and water cooling systems”, details the researcher.

“However, the biggest challenge is to get a sensor big enough but also scientifically graded; that is, with outstanding photometric accuracy”, he concludes.

“In order to maximise the benefits of the large field of view afforded by EST with its ability to resolve some of the smallest structures on the solar surface, we need even larger format cameras with 64,000,000 pixels that operate at very high speed. This poses some significant challenges on the design and operation of the Analogue-to-Digital Converters (ADCs). The on-chip ADCs transform a continuous signal (voltage) into binary values (digital data) that can be easily transmitted and processed. The ADCs must be carefully constructed to avoid creating any spurious signals that could compromise the integrity of the data when the cameras operate at the highest speed.