The Spanish Minister of Science and Innovation, Pedro Duque, visited the IACTEC building in La Laguna (Tenerife, Spain), where the EST Project Office is located. 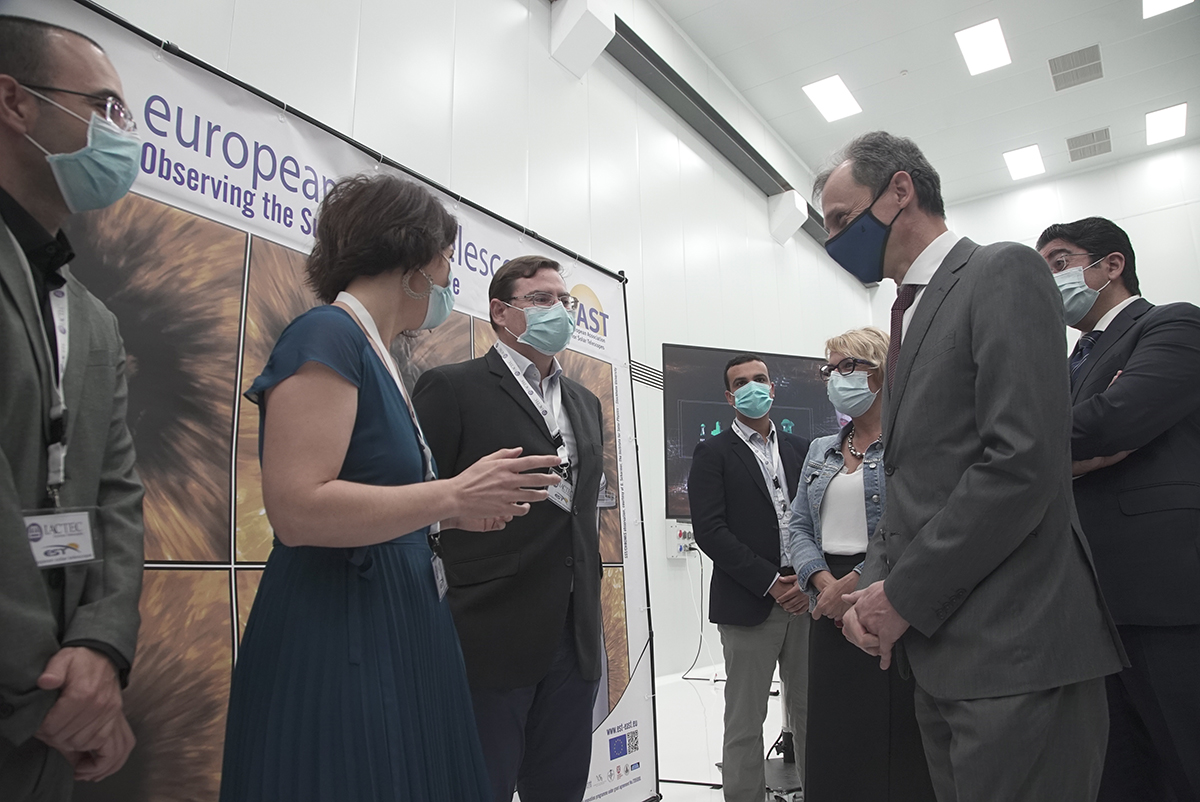 Spanish Minister Pedro Duque (the one on the right, wearing a blue mask), greets the EST team: in the foreground, from left to right, Carlos Quintero, EST Support Scientist; Alejandra Martín, EST Project Manager; and Miguel Núñez, EST Systems Engineer; in the background, Elena Máñez, Consejera of Economy, Knowledge and Employment of the Canary Islands.

Duque —a former ESA astronaut— met some of the EST staff, who briefed him about the science goals and technological challenges of the telescope, as well as the current state of the project. Alejandra Martín, EST Project Manager, Carlos Quintero, EST Support Scientist, and Miguel Núñez, EST Systems Engineer, were the ones in charge of guiding him through the telescope specifics.

The minister was visiting the IACTEC building, where the EST headquarters are located, before joining the Board meeting of the Instituto de Astrofísca de Canarias, the coordinating institution of the European Solar Telescope. He was accompanied by the Secretary General of Science Policy of the Ministry of Science and Innovation, Rafael Rodrigo, the President of the Cabildo de Tenerife, Pedro Marín,  the President of the Parque Científico y Tecnológico de La Laguna, Enrique Arriaga, the Consejera of Economy, Knowledge and Employment of the Canary Islands, Elena Máñez, and the IAC Director, Rafael Rebolo.

During his visit, he also talked with members of the two other European telescopes we share building with: the CTA and the New Robotic Telescope.