Official presentation of the European Solar Telescope project in Madrid

The Spanish National Research Council (CSIC) hosted an event to present the project to representatives of the Spanish Ministry of Science and Innovation, the astronomical community, and industry. The EST documentary “Reaching for the Sun” was also premiered during the event. 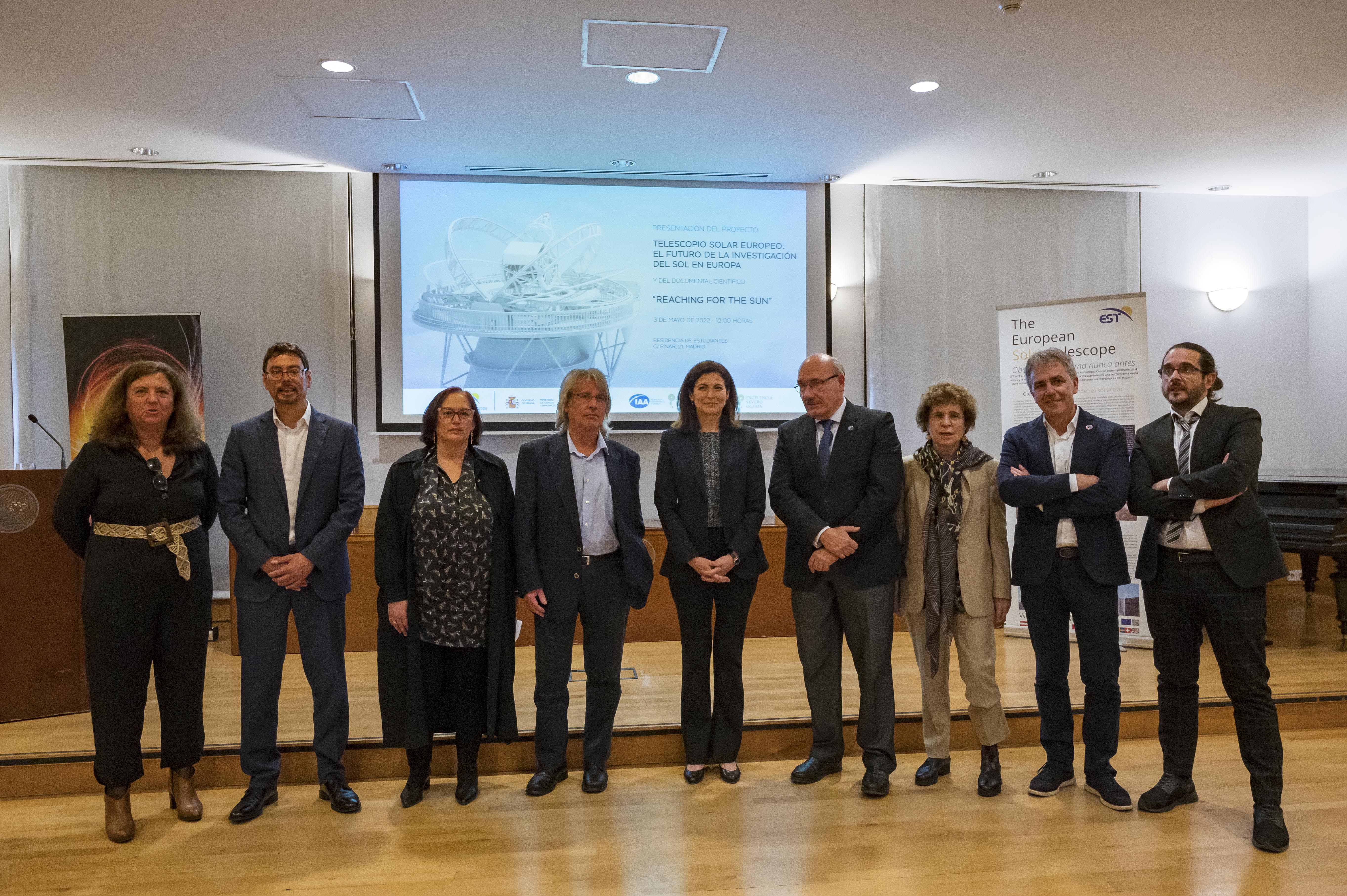 The European Solar Telescope was presented to the Spanish Ministry of Science and Innovation and the scientific and industrial communities on May 3, 2022. The act was held at the Residencia de Estudiantes, an iconic place for the history of Science and Culture in Spain, managed by the National Research Council (CSIC). Antxon Alberdi, director of the Instituto de Astrofísica de Andalucía (IAA-CSIC) conducted the event.

The audience was welcomed by Ángeles Gómez Borrego, CSIC Vice-President for International Affairs and member of the EST Board of Directors. She highlighted the importance of the EST project for the solar research community in Spain and more broadly in Europe. She confirmed the strong support of CSIC to this project.

Manuel Collados and Luis Bellot briefly described the project and the main scientific goals of the European Solar Telescope. The role of the two Spanish institutions in the consortium, the Instituto de Astrofísica de Canarias (IAC) and the Instituto de Astrofísica de Andalucía (IAA-CSIC), was highlighted, as well as the contributions of the Spanish industry to the EST design. 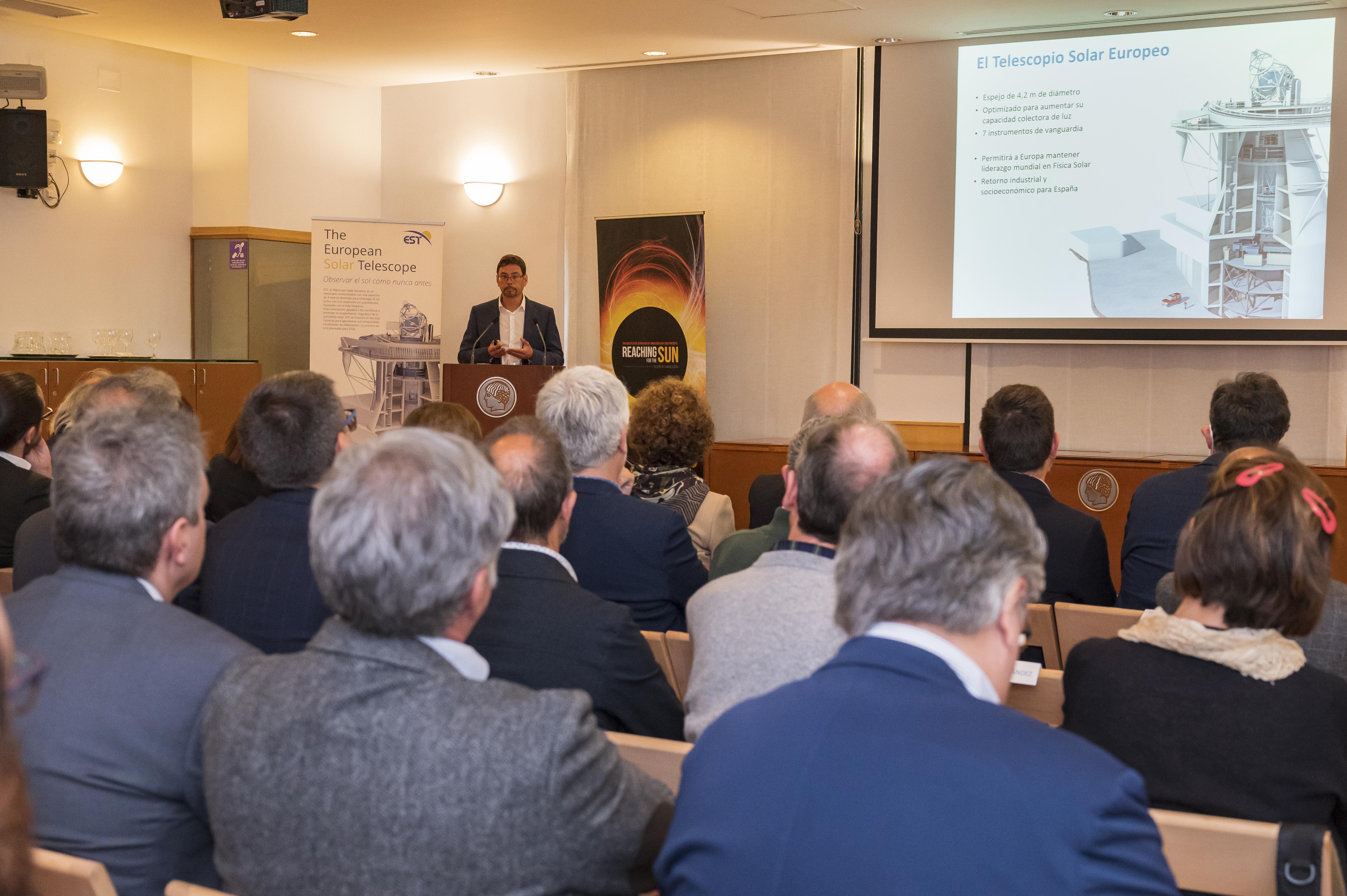 Next, the EST documentary “Reaching for the Sun” was premiered. The film director, Emilio García (IAA-CSIC), presented this journey through 400 years of history of solar astronomy in Europe, from Galileo to several state-of-the-art observatories across Europe. A path that leads to the next step of the journey: the European Solar Telescope. He thanked the film crew and production/post-production teams for their work. The film was acclaimed by the audience and authorities alike. 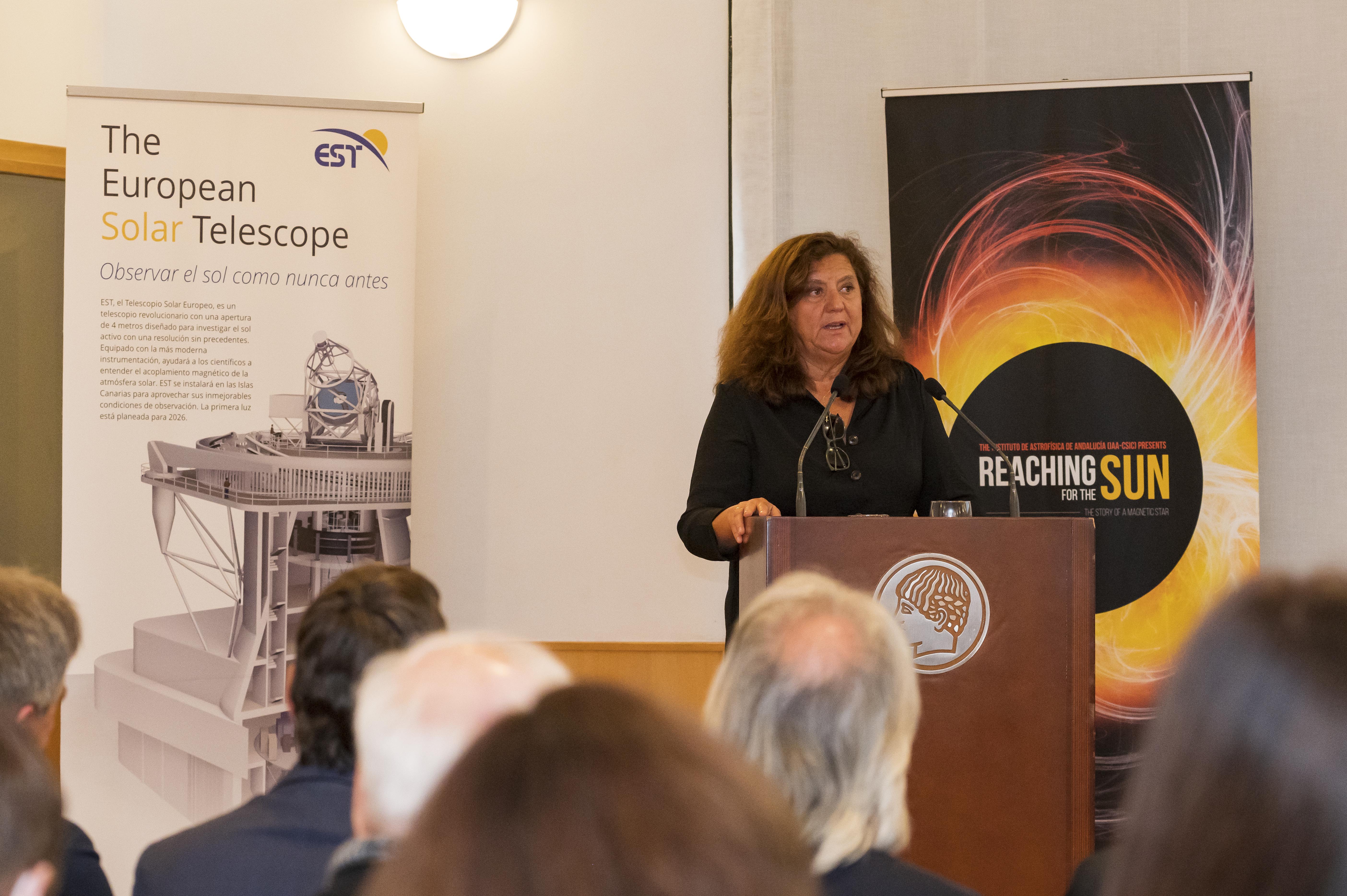 Inmaculada Figueroa, Deputy Director General for the Internationalization of Science and Innovation and ESFRI Vice-Chair, recalled that only a few projects have been supported by Spain for inclusion in the ESFRI Roadmap, and the European Solar Telescope is one of them.

Closing the act, the Secretary General of Research of the Spanish Ministry of Science and Innovation, Raquel Yotti, highlighted that EST is an inspiring project for future scientific challenges. Yotti pointed out that the European Solar Telescope was an example of collaboration, not only between scientific institutions and countries, but also with industry, making it possible to foster technological innovation.

Yotti stressed the importance of long-time projects, “to get further and to reach goals that seemed impossible a few years ago”. 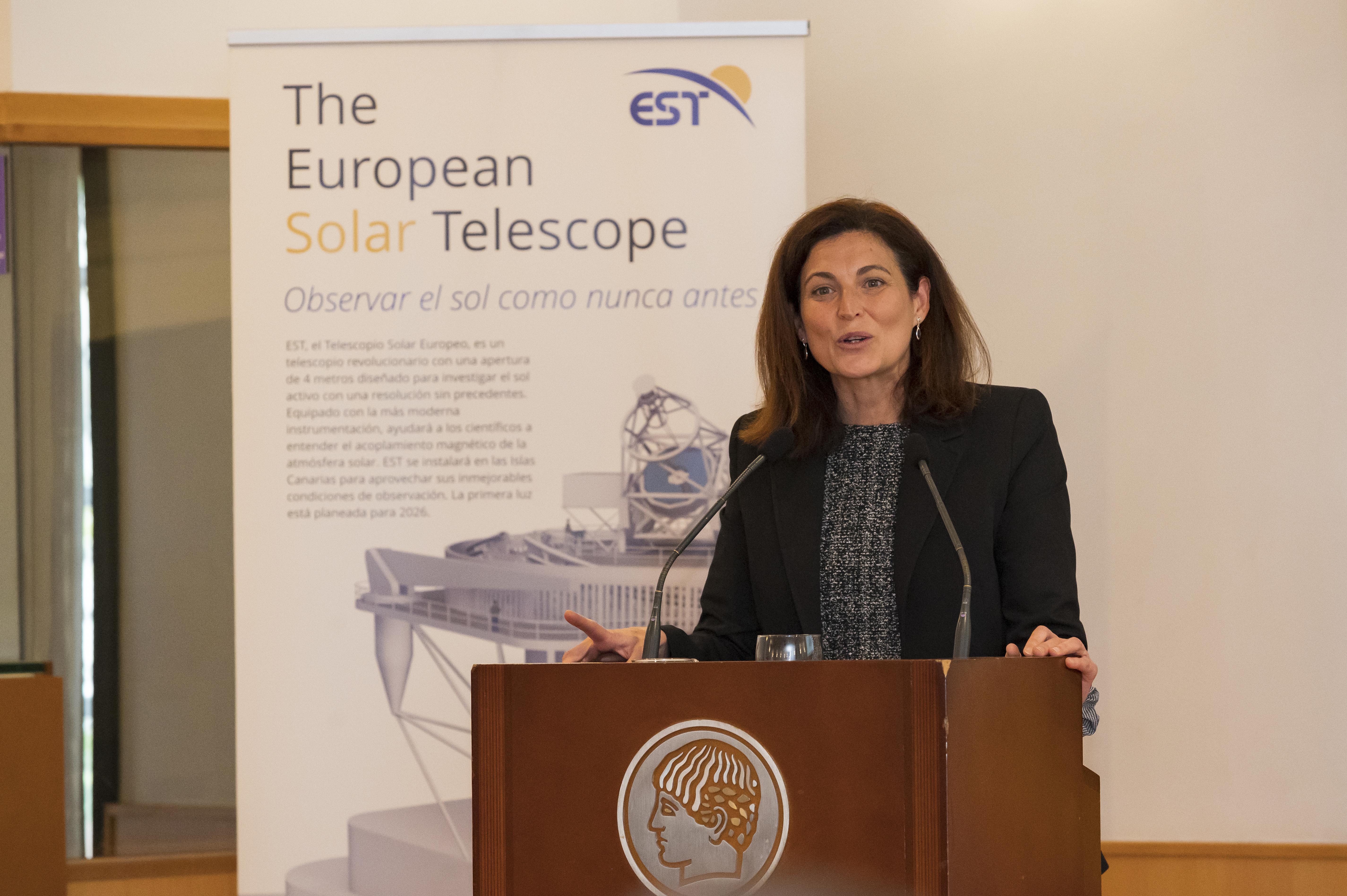 The event was well attended by leading authorities of the Spanish scientific community, including the director of the National Research Agency, Domènec Espriu, the president of the Spanish Astronomical Society, Benjamín Montesinos, the coordinator of the Spanish Network of Astronomical Infrastructures, Martín Guerrero, and representatives of the Centre for Technological and Industrial Development (CDTI), among others.

The presentation attracted the attention of the Spanish media, which covered the event thoroughly. The EST representatives were interviewed by several press, TV and radio journalists, and their declarations reached wide national diffusion.

Next week, on May 10, another official EST presentation will take place in Bratislava (Slovakia), hosted by the Slovak Academy of Sciences.

Visit the image gallery of the event here.

Video of the presentation