The EST documentary at the Slovak Academy of Sciences

The premiere of the EST documentary in Slovakia will take place at the Slovak Academy of Sciences in Bratislava on May 10. 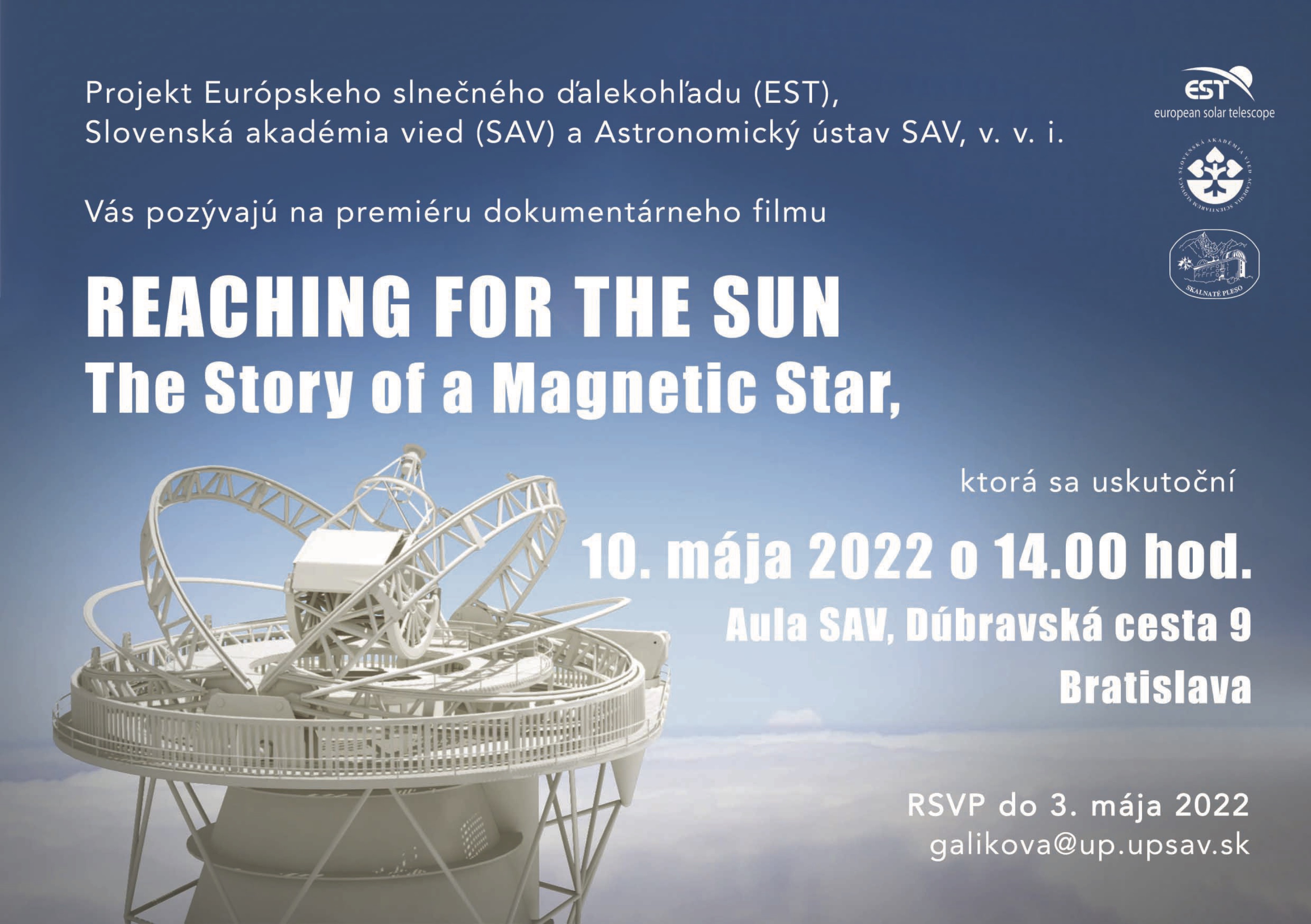 The event is expected to be a relevant meeting with representatives of the Ministry of Education and Ministry of Environment, leaders of the Academy, deans from Slovak faculties of sciences, researchers and others members of the scientific community. The Ambassadors of Spain, Italy and France will attend the premiere. The president of the Academy, Prof. Šajgalík, will give a short introduction.

“Reaching for the Sun” goes through 400 years of solar observations in Europe, and AISAS has a prominent role in the film. Lomnický Štít Observatory (Tatranská Lomnica, Slovakia) is one of the locations where solar astronomers like Peter Gömöry, Aleš Kučera or Ján Rybák help to understand some of the main challenges that the solar physics community has to deal with. 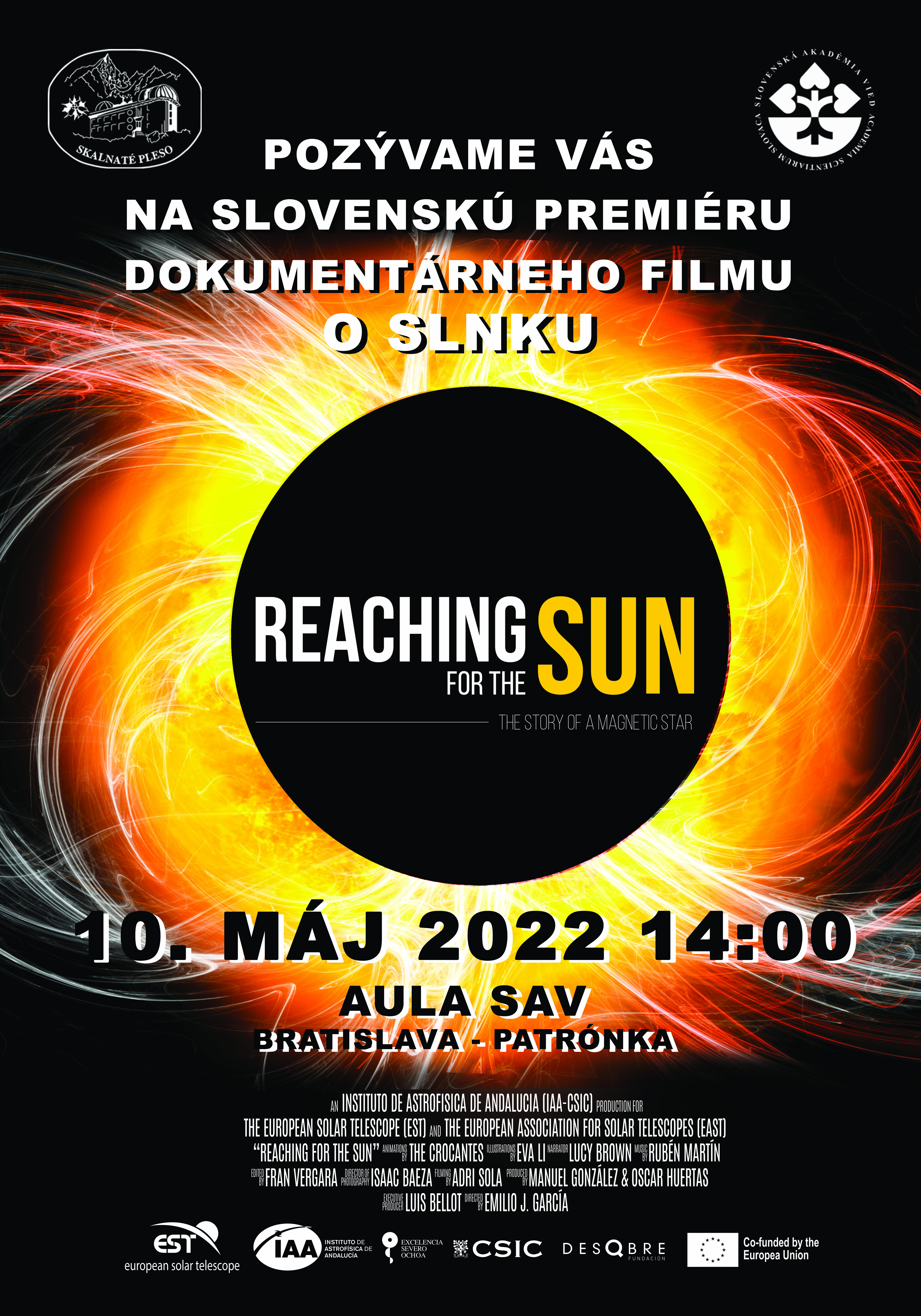 The event in Bratislava will be complemented with a special recording of the TV program “Experiment”, from the national Slovak TV (RTVS). For that occasion, Manuel Collados, EST coordinator, and Peter Gömöry, director of AISAS, are invited to discuss the big step that a project like EST will represent in advancing our understanding of the Sun.

For more information, read the press release by the Slovak Academy of Sciences.