The event will take place on May 3 and will be attended by authorities from the Ministry of Science and Innovation and representatives of the Spanish astronomical community and industry. It will include the premiere of the scientific documentary "Reaching for the Sun".

The Consejo Superior de Investigaciones Científicas (CSIC) is organising the event “European Solar Telescope: the future of solar research in Europe” to present the EST project to the scientific community and authorities of the Spanish Ministry of Science and Innovation. The event will take place on May 3, 2022, at the Residencia de Estudiantes, an iconic building in the history of Spanish culture and research, currently managed by CSIC. 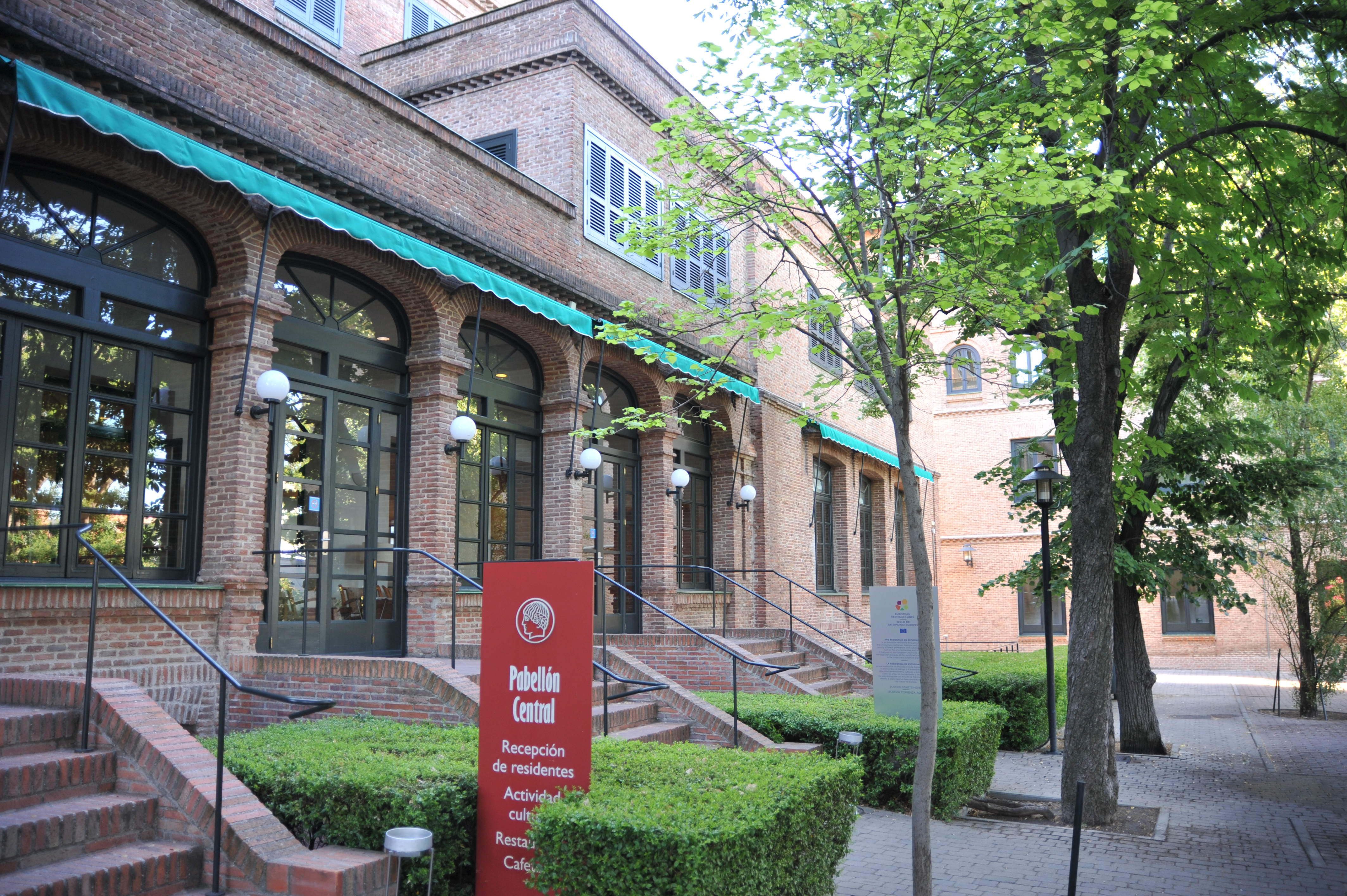 Rosa Menéndez, CSIC president, will open the event, which will be attended by a large delegation of representatives from the Ministry of Science and Innovation, including the Secretary of Research, Raquel Yotti, who will deliver a few words to close the event. Inmaculada Figueroa, Director General for the Internationalization of Science and Innovation and ESFRI Vice-Chair, will highlight the role of EST in the national strategy for scientific infrastructures.

The EST coordinator, Manuel Collados (IAC), will give a detailed overview of this state-of-the-art project for solar physics research, followed by Luis Bellot (IAA-CSIC), who will summarize the Spanish contribution to the project. The two Spanish institutions in the EST consortium are the Instituto de Astrofísica de Canarias (IAC) and the Instituto de Astrofísica de Andalucía (IAA-CSIC). Both currently hold the Severo Ochoa Center of Excellence Accreditation. 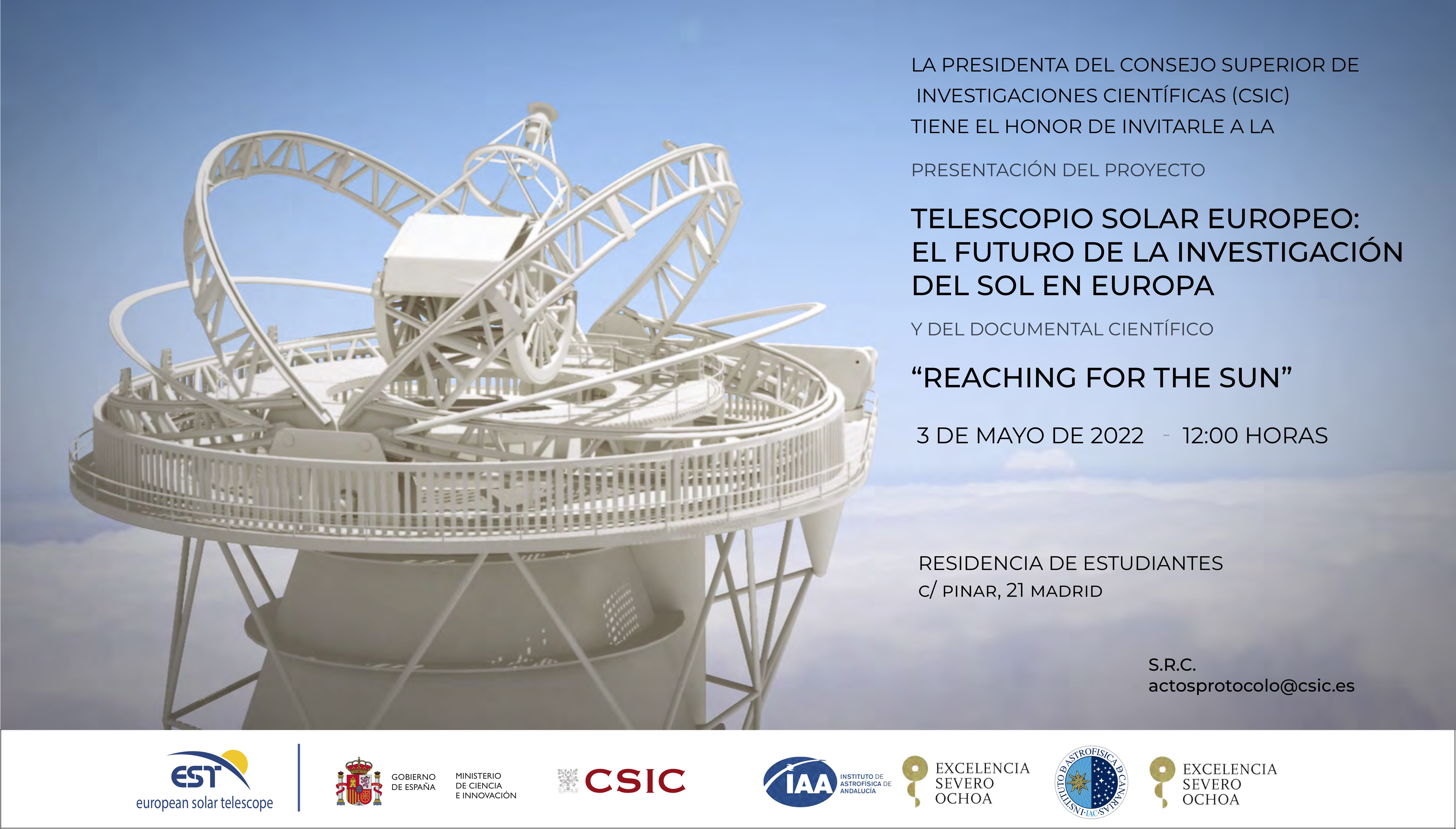 Invitation card sent out by CSIC.

This meeting will also host the premiere of the EST documentary “Reaching for the Sun”, directed by Emilio García (IAA-CSIC). The director will make a brief presentation of the film, that goes through 400 years of solar observations in Europe and introduces the main challenges that the solar physics community has to deal with. A total of 17 solar astronomers from 11 European institutions have participated in this documentary. This is the first time the movie will be screened in a public event. 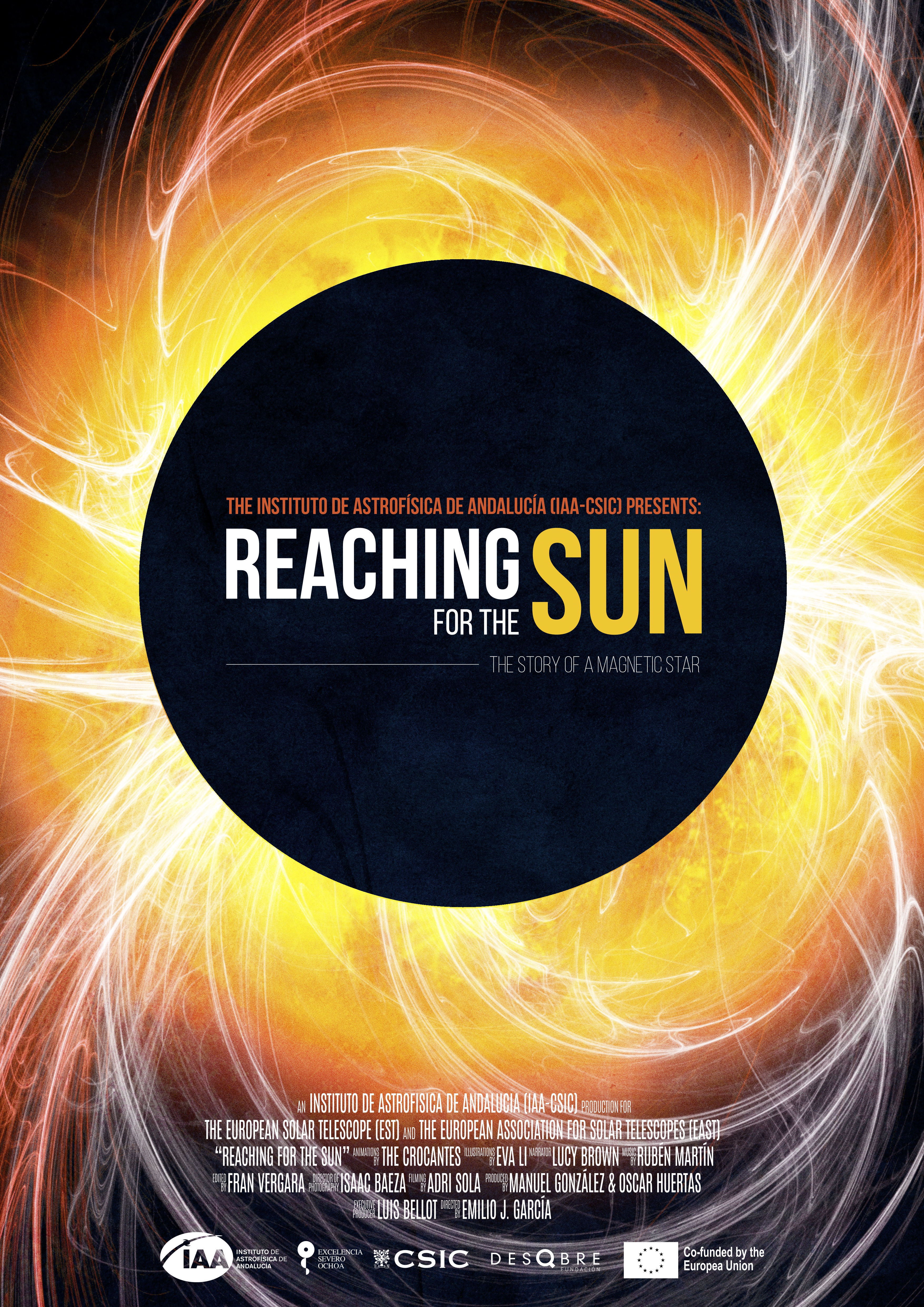 Poster of the documentary "Reaching for the Sun"

For more information, read the press release issued by CSIC (in Spanish).