The European Solar Telescope will be located at the Roque de los Muchachos Observatory in the area of the Dutch Open Telescope, near the Swedish Solar Telescope. 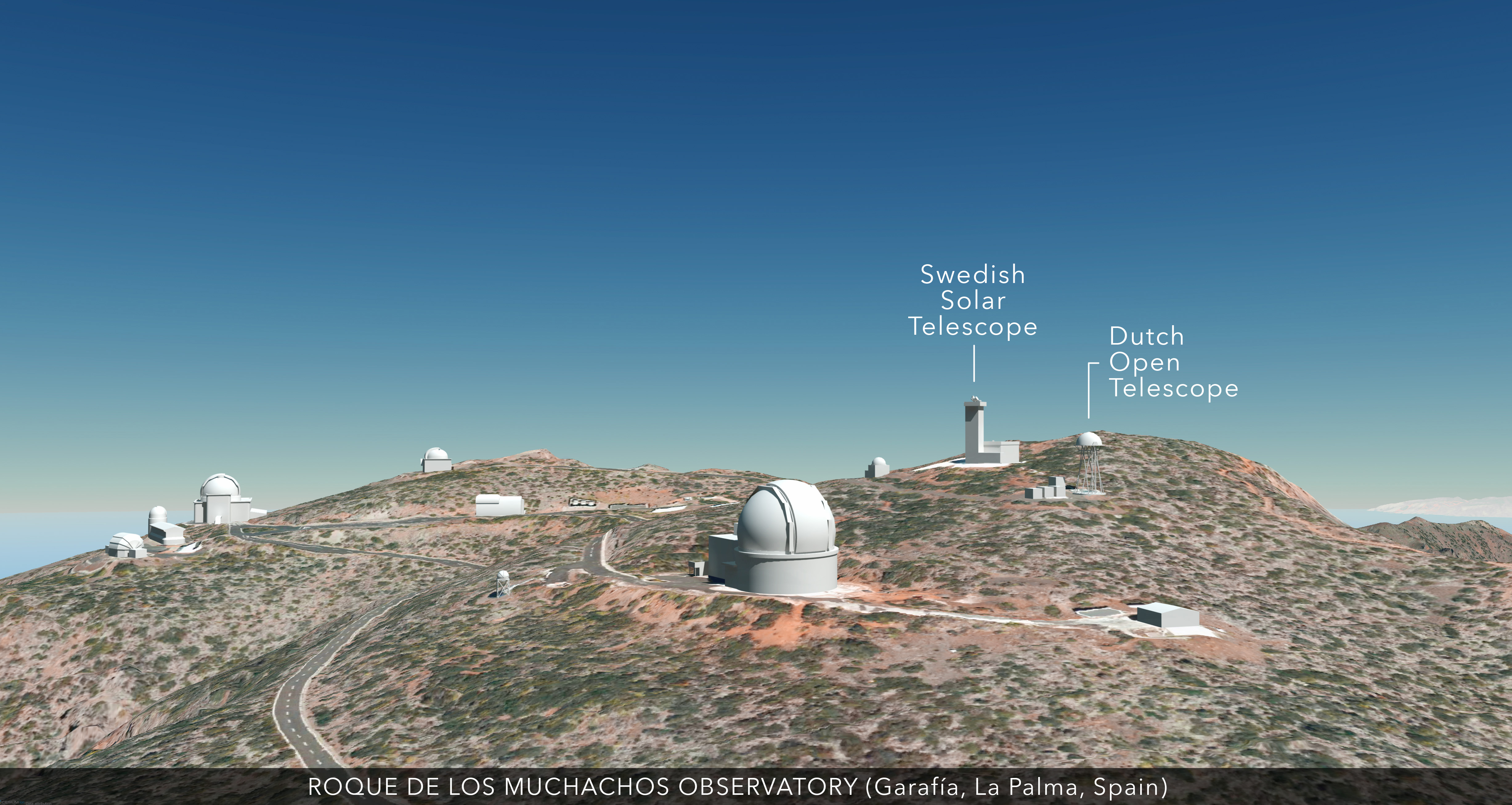 EST site at Roque de los Muchachos Observatory (La Palma, Spain) approved by the CCI on May 21, 2021. The area is located very close to the Dutch Open Telescope, next to the Swedish Solar Telescope. Image credit: Gabriel Pérez (IAC)

The selection of an excellent site for a solar telescope is of primordial importance to ensure the success a project like EST. The European Association for Solar Telescopes (EAST) already established in its 2007 Terms of Reference that “EAST shall promote and manage the design, development and construction of a next-generation large aperture European Solar Telescope (EST), to be built on the Canaries”.

Since then, in-depth studies of the characteristics of the two Canarian observatories (Teide Observatory —OT— in Tenerife and Roque de los Muchachos Observatory —ORM— on La Palma) were performed. The main characteristics of both observatories have been analysed, from sky conditions (turbulence, radio electrical or atmospheric pollution, air routes…) to existing infrastructures (accesses, telecommunications, electricity, water supply, sewerage and other facilities). Climate and meteorological conditions have also been especially studied by the IAC Sky Team. In particular for EST, the average meteorological and turbulence conditions at OT and ORM were studied for the period 2003-2019 and a comparative analysis was made specifically for the EST candidate sites. Dedicated site-testing campaigns were performed as well at both observatories. These studies concluded that there is no global significant difference between both observatories and that the particular location at one of the observatories and the final height of the building above the ground are the most critical parameters.

All the studies conducted during decades at both observatories have also been considered. In particular, the LEST project back in the 80's made an extensive site testing campaign during 5 years of 3 candidate observatories (Hawaii, Teide, and Roque de los Muchachos). The campaign confirmed the excellent performance of the site where the Swedish Solar Telescope (SST) is presently placed and a site for LEST was chosen close to that location.

After considering all these aspects, two sites were pre-selected at both OT and ORM. Finally, the EST Board decided on October 4, 2019 to propose a location near the SST at ORM as the preferential site for EST. The high quality demonstrated by the SST during its 30 years of operation (as a 0.5 m telescope since 1985 until 2000 and as 1 m telescope after its upgrade in 2002 until now) has been crucial for the final decision.

Any new installation at OT or ORM needs the approval of the International Scientific Committee (CCI for its initials in Spanish) of the Canarian Observatories. The CCI Subcommittee for the Astronomical Characteristics of the Canary Observatories (SUCOSIP) made up of representatives of the countries involved in the observatories has the role of ensuring that new infrastructures do not degrade the scientific quality of the observatories. Several interactions were needed between the EST project and the CCI/SUCOSIP committees to minimise the impact on facilities already operating in the surroundings of the proposed EST site while keeping the good observing conditions for EST.

For the evaluation of potential sites in the surroundings of the SST, local turbulence (due to the area orography close to the ravine) and local geological conditions were the two main worries in the process of identification of EST alternative candidate sites in the area. A wind analysis was also performed by the IAC Sky Team to identify changes in the wind direction and speed in the area. A preliminary study of the geological and geotechnical characteristics of this area of interest was also subcontracted, in order to determine its suitability for the installation of EST.

With these arguments, on May 21, 2021 the CCI approved a site for EST in the area of the Dutch Open Telescope, near the SST.

This important milestone opens the door for the fine-tuning and optimisation of the telescope building and services during the EST preparatory phase.