Kick-off meeting for the preliminary design of the EST structure, pier and enclosure

The EST Project Office and the engineering company IDOM met on February 12, 2021. 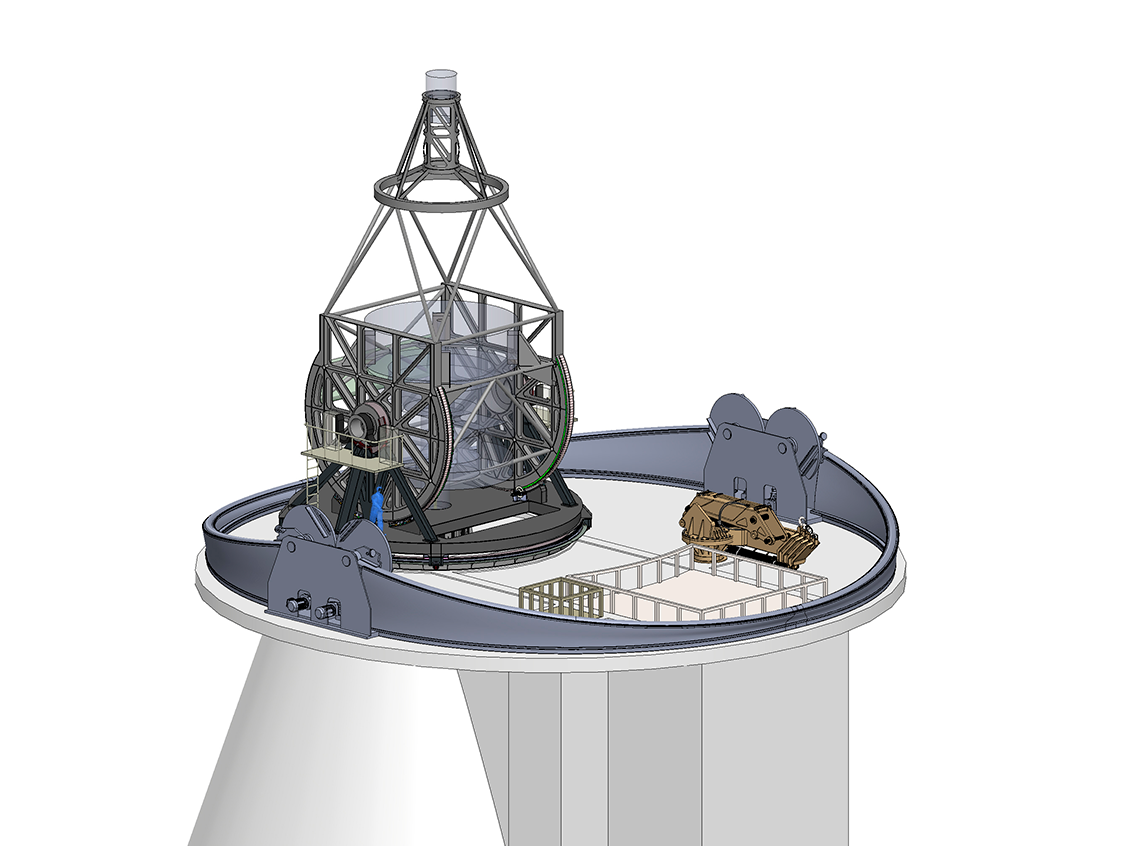 The call for tenders, issued last August, was awarded to IDOM, a Spanish firm with extensive experience in the design and construction of scientific equipment for astronomy, including telescopes, telescope sub-systems, domes and instrumentation (it has developed the prefocal stations for the Extremely Large Telescope, the Cassegrain station for the Gran Telescopio de Canarias, and the enclosure of the Daniel K. Inouye Solar Telescope among others).  The contract amounts to 850 000 EUR.

The preliminary design of the primary mirror assembly and the adaptative secondary mirror (included in the same call for tenders as separate lots) will also start in the coming weeks, as soon as the contract formalization process is completed. The next sub-system to be tendered will be the heat rejecter.

For the following 65 weeks (15 months), the IDOM engineering team will develop the design according to the EST conceptual design consolidated by the Project Office during the beginning of the EST Preparatory Phase, and will validate it by modelling and analysis.

The final objective is to consolidate the baseline design for this sub-system, including specifications, production, and assembly, integration, and verification plan (AIV), as well as budget.

Specifically, the main tasks to be performed during the contract are:

Once finished, the company’s preliminary design will be reviewed by the Project Office and technical experts and, when approved, will be the cornerstone for the detailed design and construction of this subsystem.

The EST mechanical structure needs to support six mirrors (M1, M2, and the four mirrors of the multi-conjugated adaptive optics system), the heat rejecter, and all their auxiliary systems.

According to the conceptual design, the telescope structure should have an alt-azimuth configuration, be able to rotate up to 270 degrees and move up to 90 degrees in elevation. Additionally, it needs a very fast pointing mechanism: with an intended pointing speed of 3º per second in azimuth and 1º per second in elevation, it should be able to go from North to South in less than 2 minutes.

The design must also be rigid enough to minimise wind vibrations, and account for them.