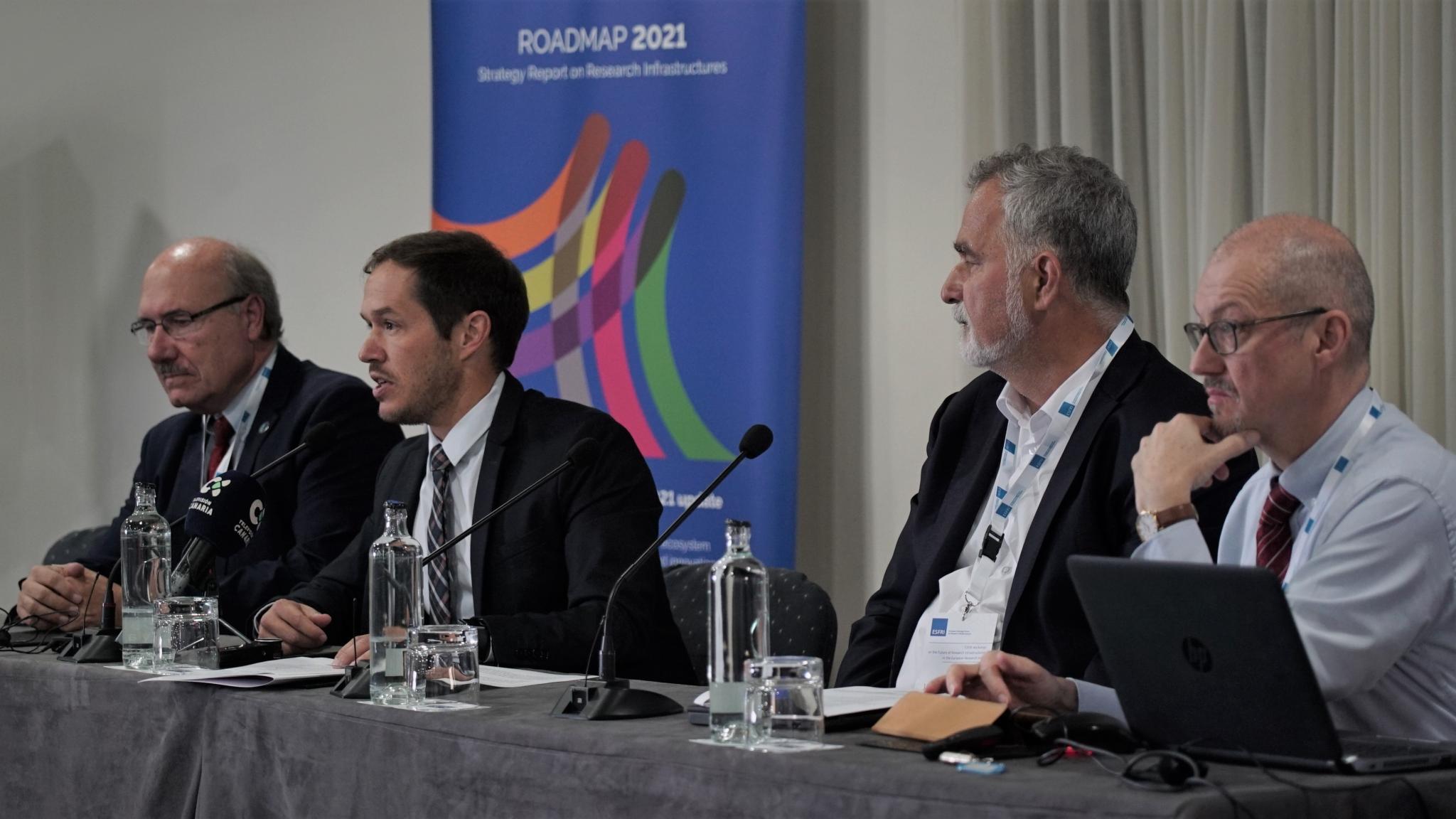 EST members together with representatives of the Ministry of Science, Innnovation and Universities at the stand set up at the ESFRI Workshop venue. 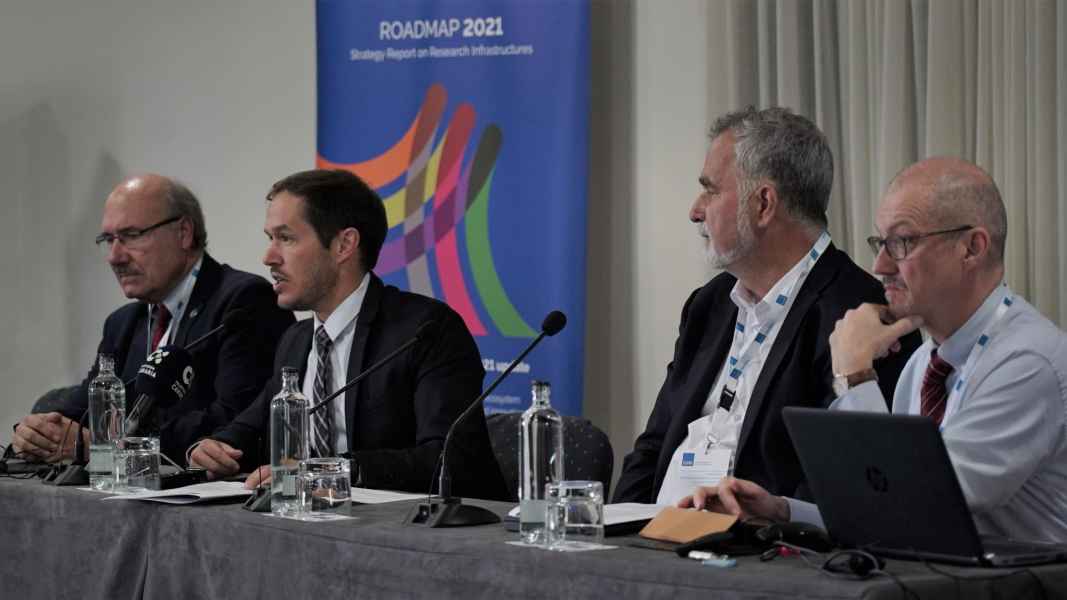 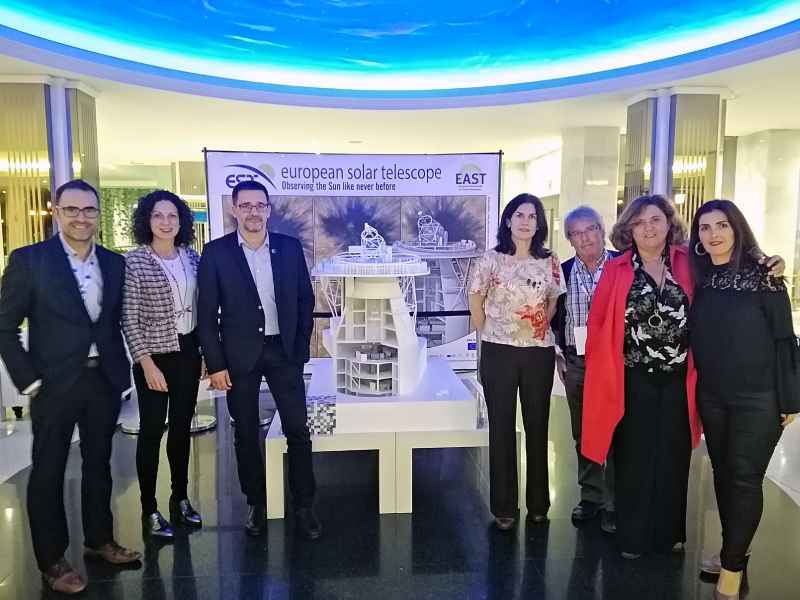 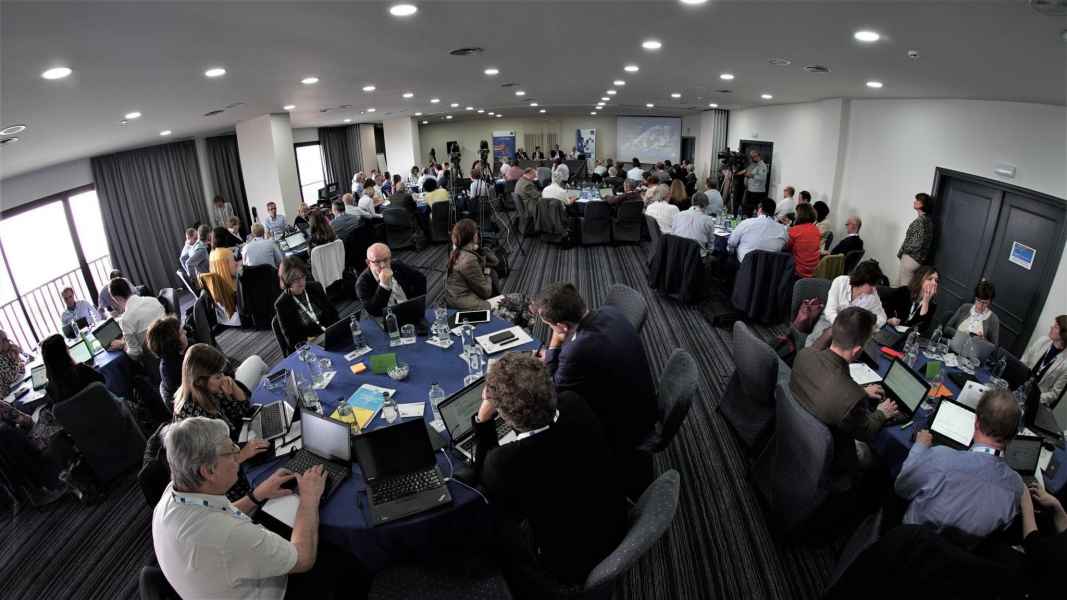 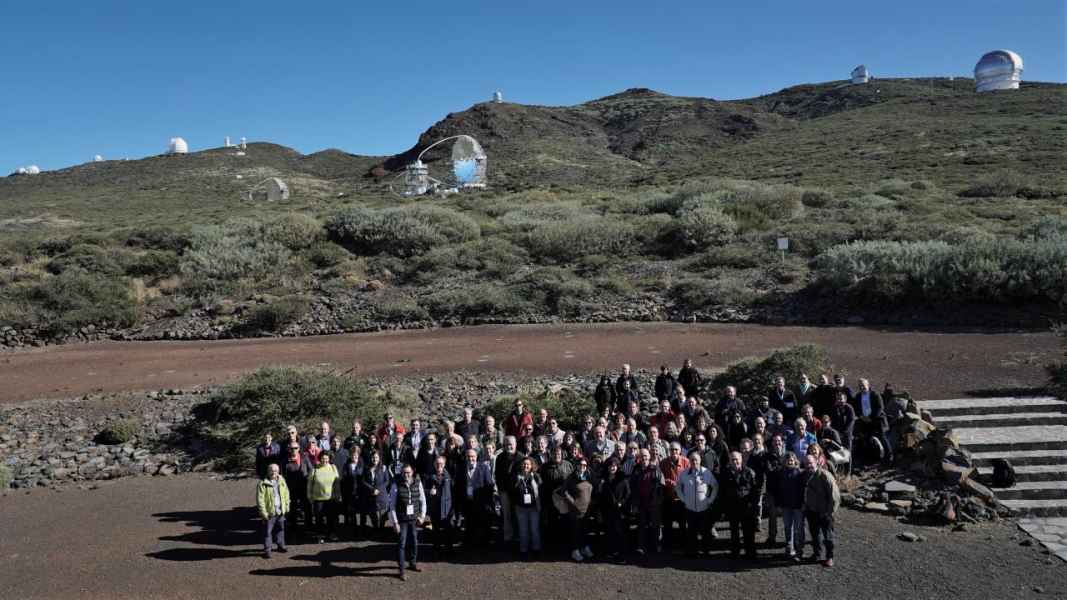