This movie shows the temporal evolution of a sunspot umbra as observed on 2015 June 22 by the 1.6-m Goode Solar Telescope at Big Bear Solar Observatory (BBSO). A broadband filter isolating TiO molecular lines around 705.7 nm was used to sample the photosphere. The images have a pixel size of 24 km on the solar surface.

Tiny bright umbral dots can be seen everywhere in the umbra. These are locations where convection take place, transporting energy from deep layers into the solar surface. They have short lifetimes compared with other features such as penumbral filaments and light bridges. Umbral dots usually show "dark" lanes in their interior, representing high opacity gas piled up at the top of the dots by upflowing motions. Since the opacity is larger there, we observe higher layers which are cooler and hence darker than their surroundings.

The movie also illustrates the evolution of light bridges and penumbral filaments. These features show conspicuous dark lanes, much in the same way as umbral dots. In addition, a white-light flare is captured, showing the propagation of a flare ribbon across the umbra. 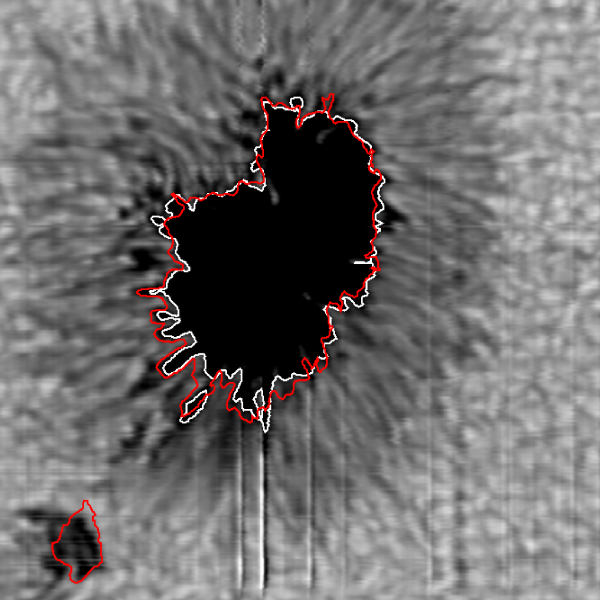 The umbra/penumbra boundary in mature spots 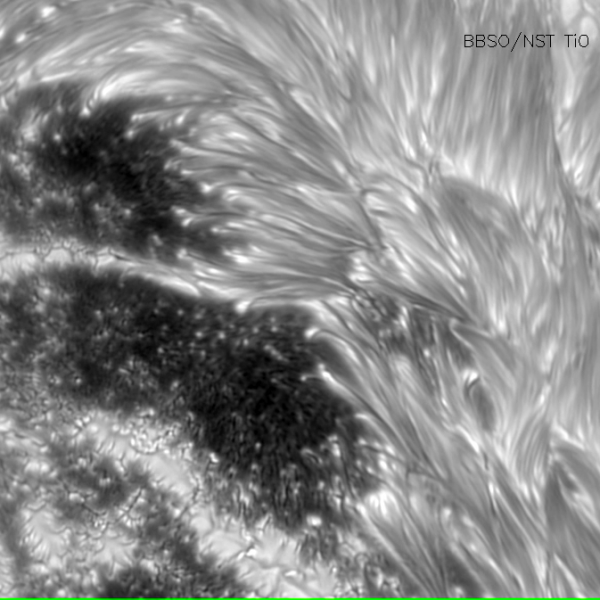 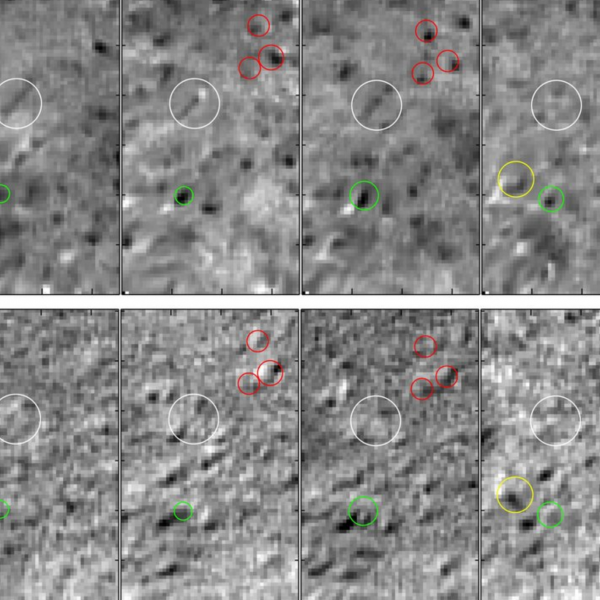 Dots inside a sunspot!