These images show a nice sample of the different features that can be seen at different heights in the solar atmosphere. Very often the solar surface is populated with a fauna of features, most of them produced by the magnetic fields of the Sun. The observations were taken with a continuum filter close to the G band (4363 Å) and the SOUP tunable filter in the H-alpha line center at the Swedish 1-m Solar Telescope on August 22, 2003. Those two wavelengths sample different heights in the solar atmosphere.

The most prominent features that we see in the G-band continuum image are sunspots, dark areas on the solar surface produced by very strong magnetic fields of up to 6000 Gauss. Those magnetic fields inhibit convective motions and therefore block the heat that comes from below. That's why they look darker. Aside from sunspots, granulation covers the whole solar surface. Granules are cells with sizes of 1000 to 3000 km resulting from convection. We can also see brighter features: some centres of granules are bright in the continuum image. In addition, other bright features are produced by magnetic fields, like the magnetic bright points embedded in the darker regions of the solar granulation, the so-called intergranular lanes.

The H-alpha image at line center shows a different perspective of the same field of view. Now we are looking at a higher layer in the atmosphere and one can literally see the magnetic field lines coming out of the sunspot as they connect opposite polarities in the Sun. We "see" the field lines because plasma gets trapped in them and trace their existence. 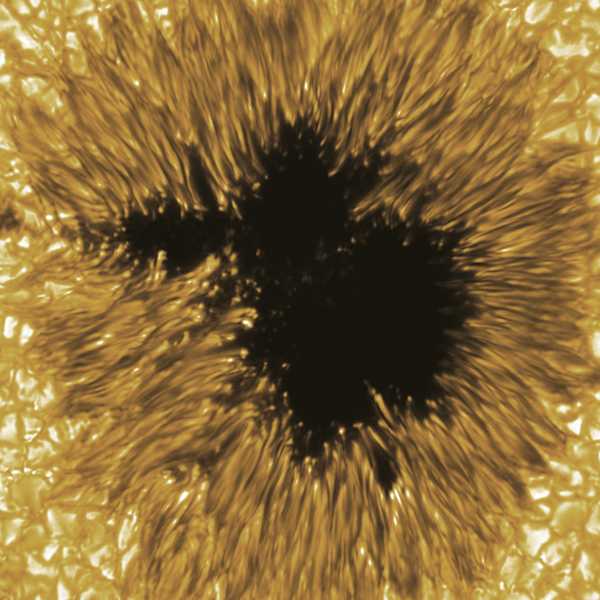 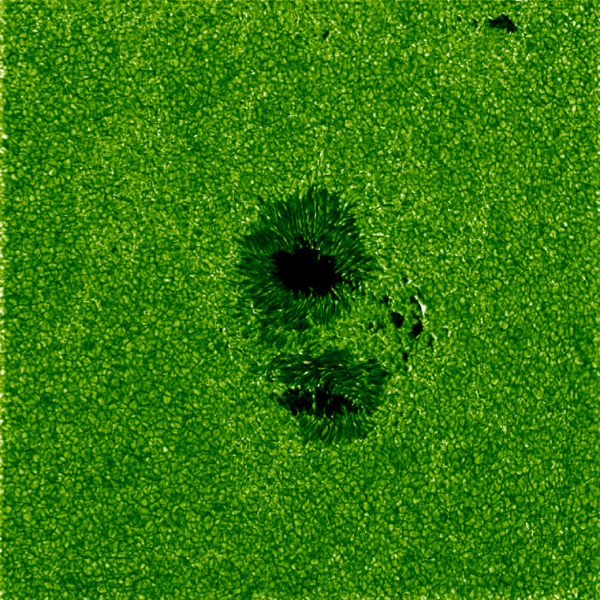 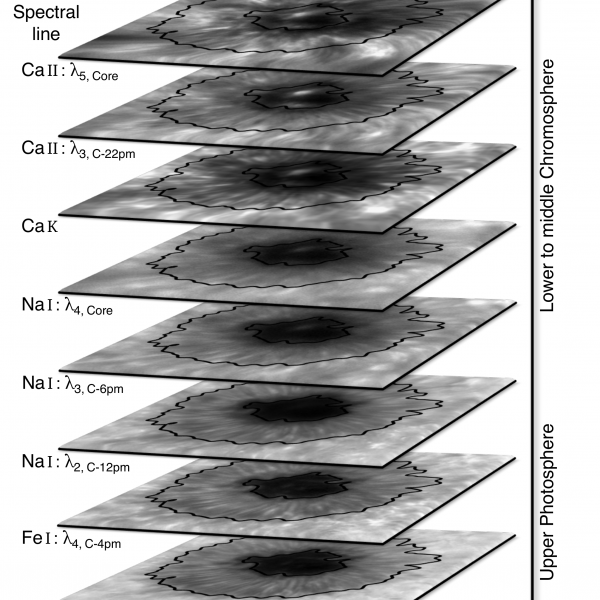 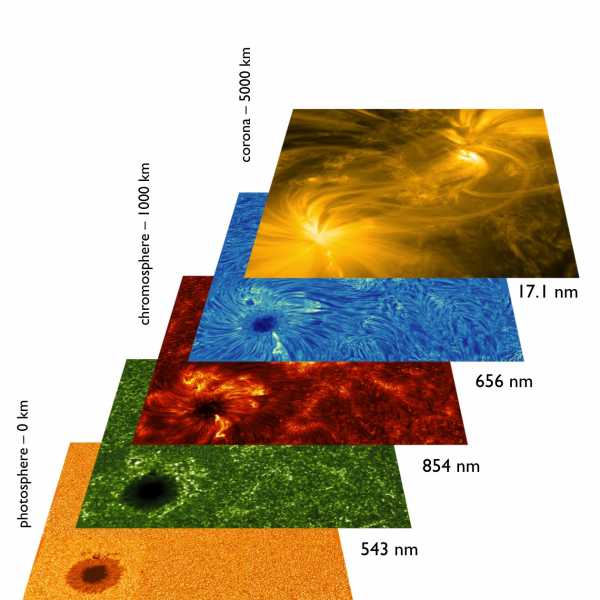 The amazing chromosphere above an active region (1/3) 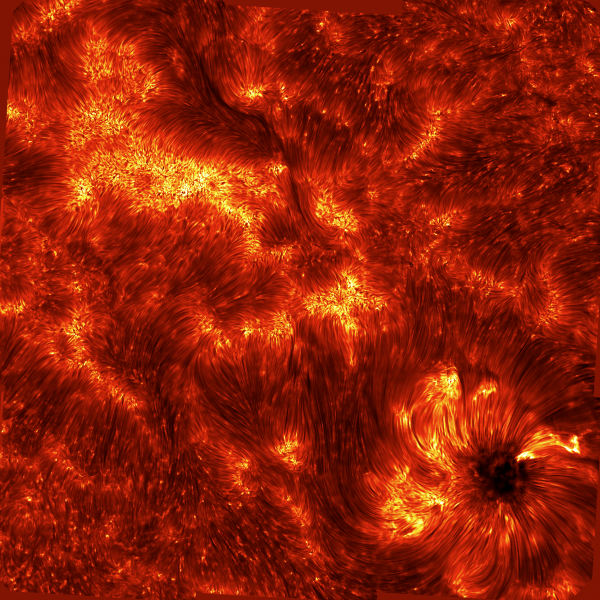 The amazing chromosphere above an active region (2/3) 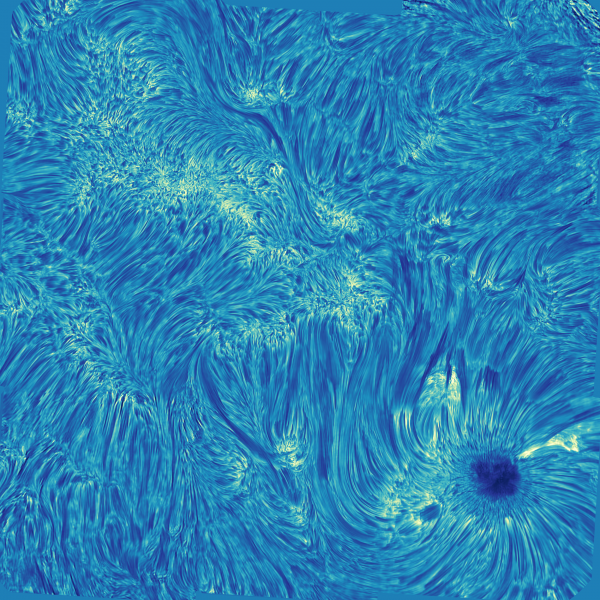 The amazing chromosphere above an active region (3/3) 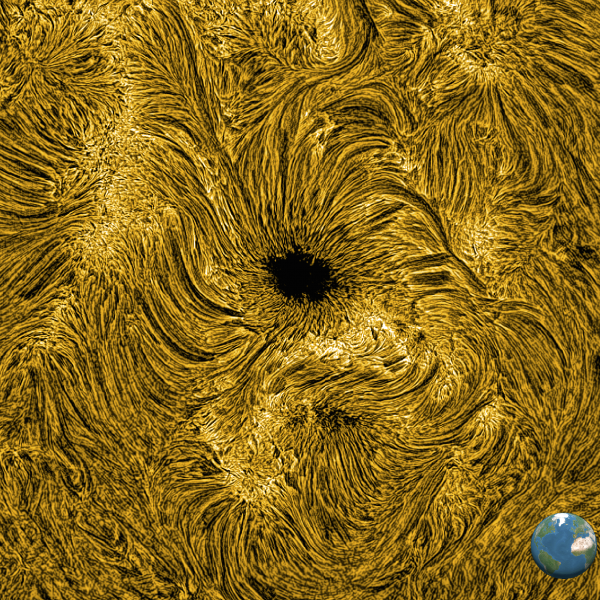 A sunspot observed in the chromosphere 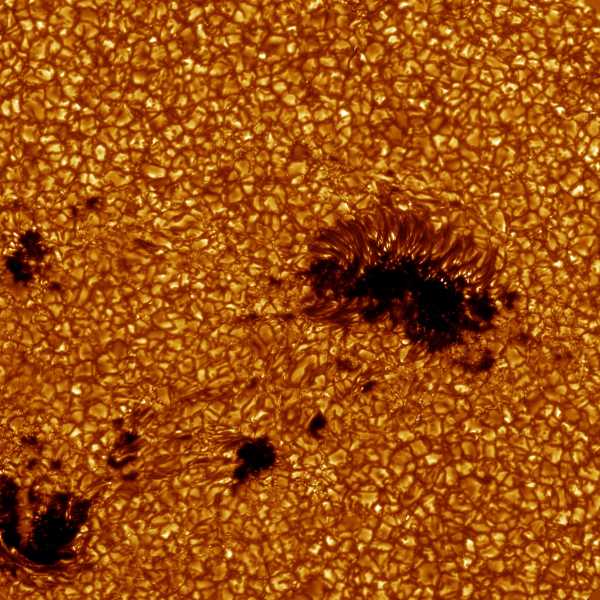 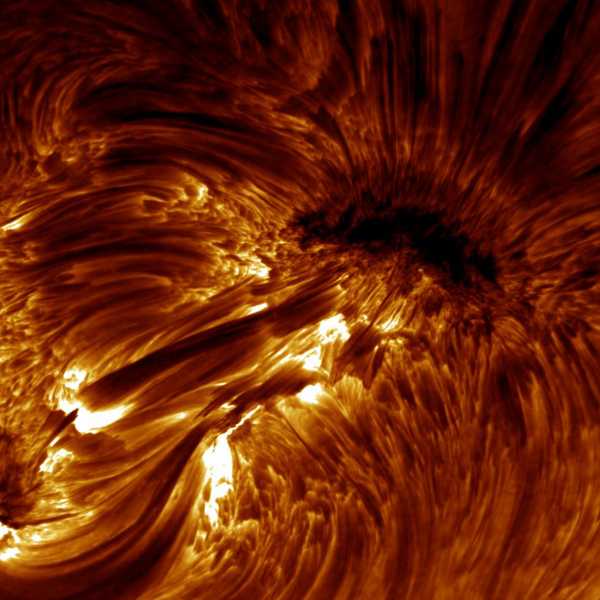 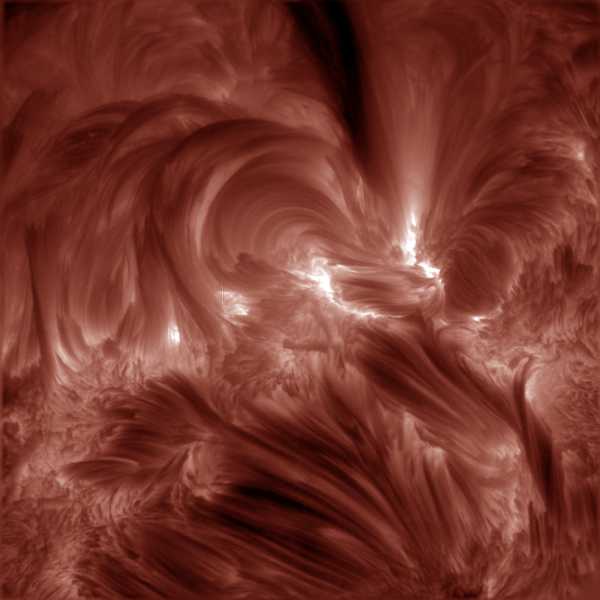 High above in the chromosphere 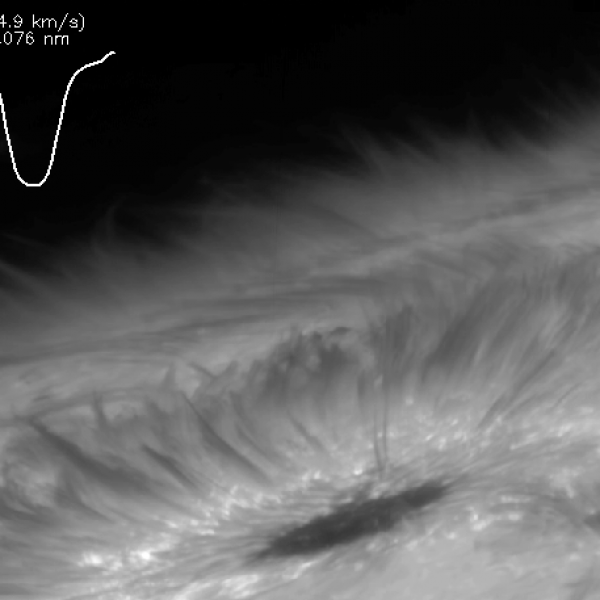 [MOVIE] Halpha scan of a sunspot near the limb