Rotating plasma flows in the dynamic atmosphere of the Sun are referred to as solar magnetic tornadoes. The smallest tornados were first observed in 2008 with the SST as rotating dark rings called chromospheric swirls. The swirls have diameters of a few 1,000 km and rotate with speeds of many 10,000 km/hour. The images to the left show SST observations of a swirl at different wavelengths, mapping the underlying magnetic tornado at different heights in the atmosphere.

The twisted lines represent instantaneous streamlines produced with numerical simulations of the solar atmosphere that help to understand the physical processes behind magnetic tornadoes. These features are driven by the bathtub effect in the lower photosphere that leads to the rotation of magnetic field structures, which extend into the upper atmosphere and thus mediate the rotation into the upper layers.

Magnetic tornadoes transport energy from the Sun's surface into the corona, where they contribute to the heating of the solar outer atmosphere.  EST will provide an unprecedented insight into the formation, fine structure and energy transport of magnetic tornadoes. The higher spatial resolution may also lead to the discovery of smaller tornadoes that are predicted by numerical models. 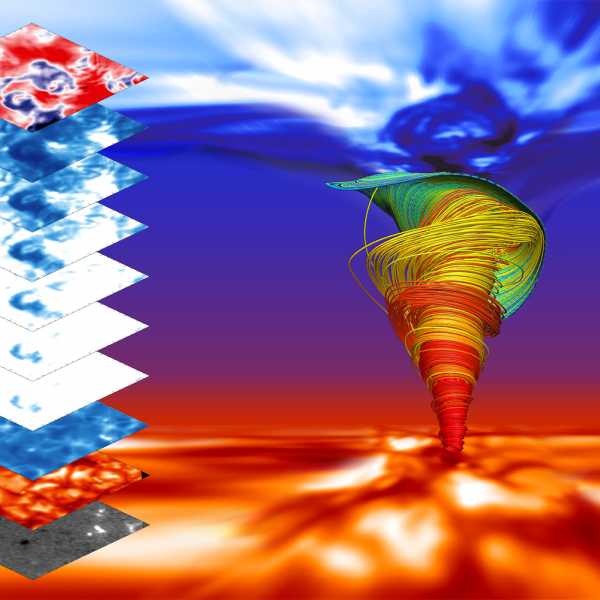 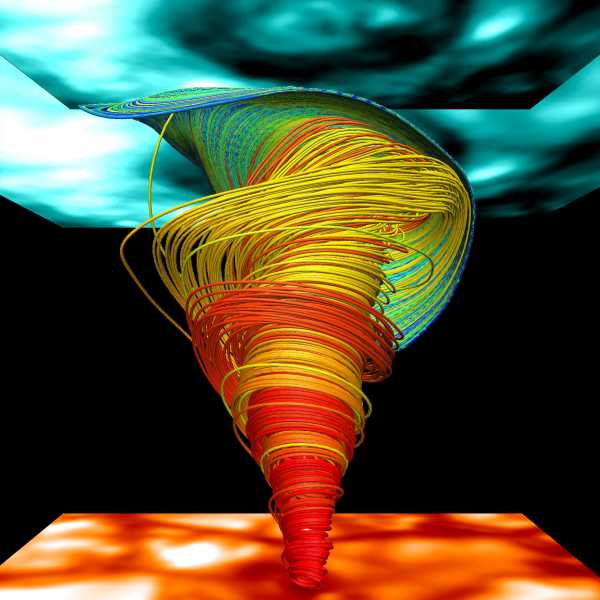